A Paris auction house will seek to sell in October the world’s biggest known example of the dinosaur triceratops, known as “Big John”, with the spectacular skeleton on show to the public beforehand, organisers said Tuesday.

The triceratops is among the most distinctive of dinosaurs due to the three horns on its head – one at the nose and two on the forehead – that give the dinosaur its Latin name.

“Big John” is the largest known surviving example, 66 million years old and with a skeleton some eight metres long.

It will be on display starting October 18 at the Drouot auction house in Paris, where it will be offered by the specialist auctioneers Giquello on October 21.

It is estimated that it will sell at €1.2 to €1.5 million, though dinosaur auction sales have proved very unpredictable in the past.

The dinosaur has an export licence and there are a dozen possible buyers, said Alexandre Giquello of the Giquello house.

‘Big John’ is displayed in a gallery in the Marais district of central Paris until 20 October, ahead of an auction the following day at the Hôtel Drouot. Video: Colin Bertier/AFPTV/AFP

The two-metre-wide skull, some 200 bones and large horns of the animal were being assembled Tuesday behind the windows of a Drouot exhibition gallery in central Paris.

A unique specimen with the skeleton more than 60-per cent complete – including 75 per cent for the skull – Big John was discovered in 2014 in the US state of South Dakota by geologist Walter W. Stein Bill.

Its restoration was carried out in Trieste in Italy.

In October, a rare allosaurus skeleton, one of the oldest dinosaurs, was auctioned in Paris to an anonymous bidder for over three million euros, twice its estimate. 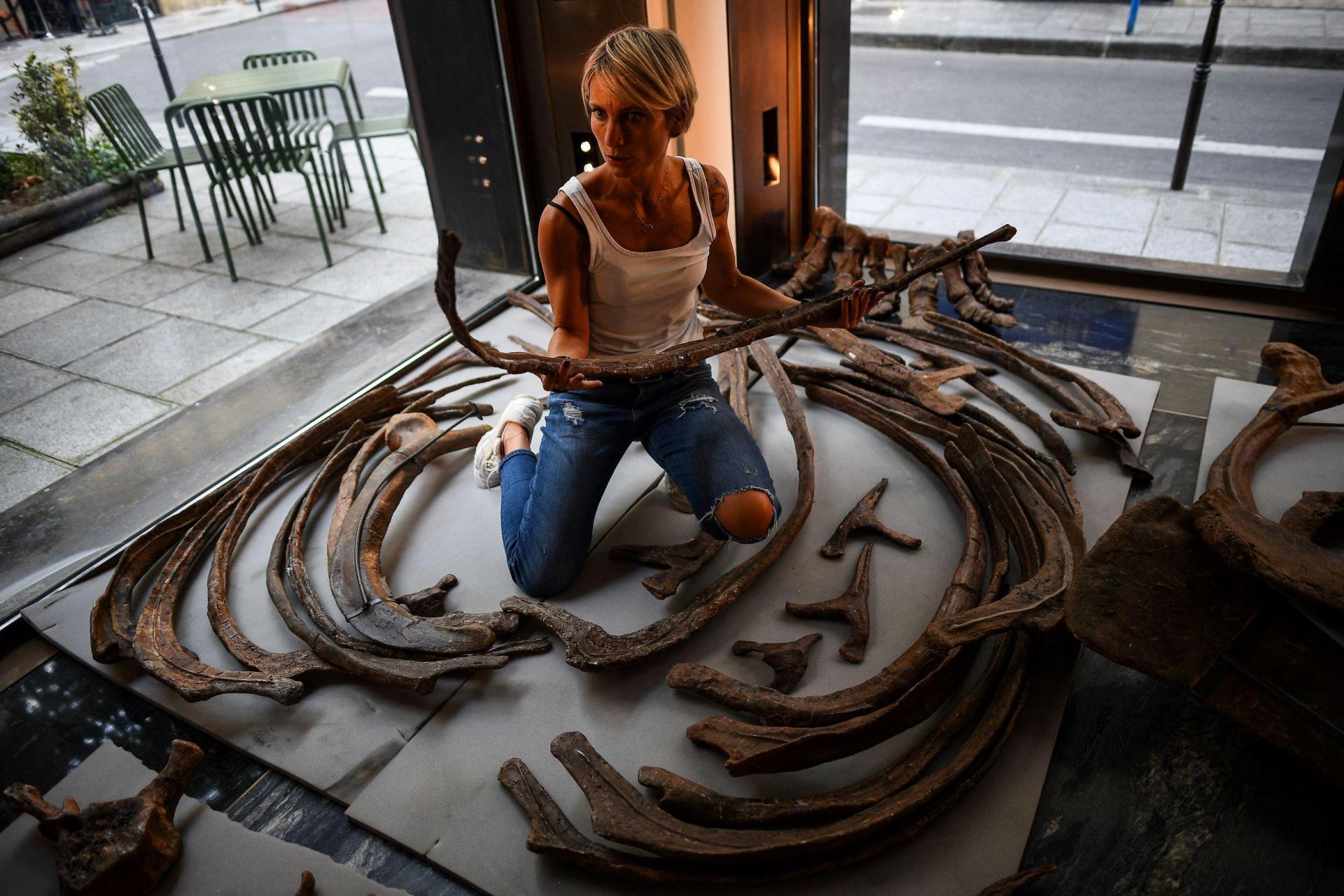 A worker sorts the ribs of ‘Big John’ ahead of its assembling in a gallery where it is scheduled to be exposed ahead of its auction sale at Drouot auction house in October. Photos: Christophe Archambault/AFP

A few weeks before, a 67-million-year-old T-Rex skeleton was sold in New York for $31.8 million, smashing records for a dinosaur and far surpassing an estimate of $6 to $8 million.

In 2020, however, several dinosaurs offered in Paris did not find takers after minimum prices were not reached.