A majestic Egyptian Vulture participating in an Italian satellite tracking program disappeared when it arrived in Malta this week and is now feared dead.

The bird was being monitored using a satellite tracking device as part of a project being run by CERM, the Centre for Threatened Raptors in Italy.

Sources told Times of Malta that the police’s Environment Protection Unit had been dispatched to Dingli to search for the bird after they received a tip-off that it had vanished from the satellite tracking system.

The search began on Tuesday night along the Dingli cliffs and continued on through Wednesday.  The bird has not been located is now feared dead, possibly shot down by poachers.

The bird was a juvenile and had travelled to Malta for the first time.

Large protected birds have been shot down by abusive hunters in Malta in the past, with eagles, falcons, and even flamingos and stalks all among the victims.

Times of Malta has previously reported on a thriving backmarket industry of taxedermists stuffing illegaly shot birds in Malta. 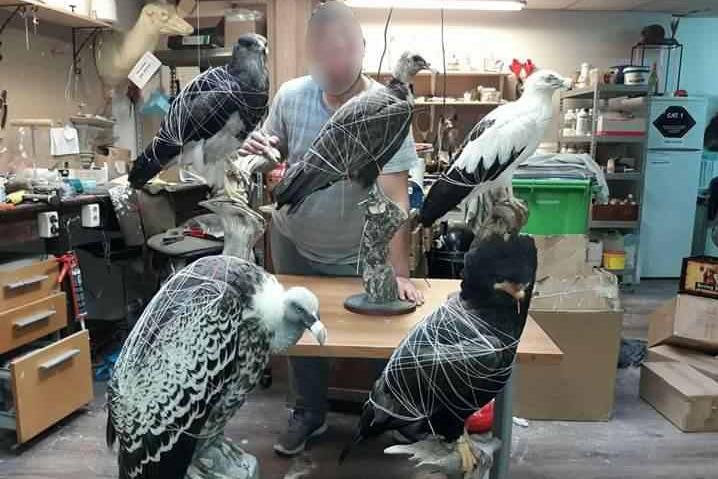 One of Malta’s illegal taxidermists along side a number of stuffed protected birds.

The Egyptian Vulture Project (Progetto Capovaccaio), which is run by CERM, puts in place practical conservation measures in an attempt to prevent the loss of the species.

Releasing birds into the wild to re-stock populations and increase the available breeding stock is one of its main aims.

TMIS Editorial: Cannabis law must go back to the drawing board – www.independent.com.mt