Two Tunisian fishing boats caught in Maltese waters off Gozo’s west coast were intercepted by the Armed Forces of Malta on Sunday evening and brought to Valletta for further investigation.

In a brief statement on Monday morning, the AFM said that it had escorted the two vessels to the Grand Harbour overnight.

The fisheries department and police are now investigating, it said. 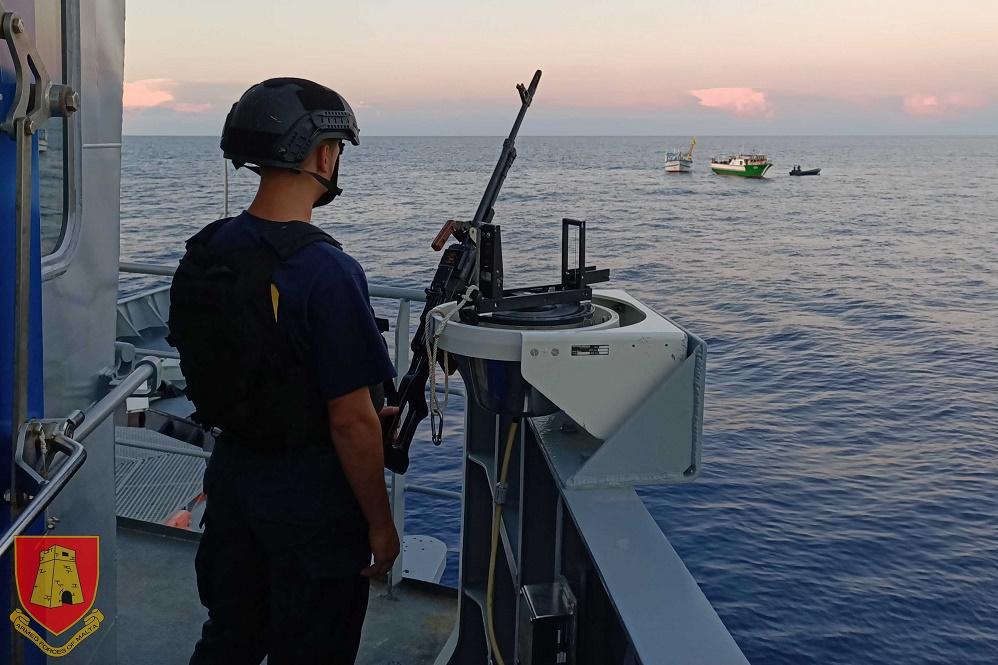 An AFM official looks on as the two boats are intercepted. Photo: AFM

Both fishing boats were caught fishing in Malta’s Fisheries Conservation and Management Zone.

Tensions between the two countries over illegal fishing date back decades and flared up once again last year, prompting the fisheries department to urge local fishermen to document any illegal fishing they came across, using video and photos.

The AFM subsequently started maritime patrols in an attempt to keep the illegal practice in check.

At the time, the AFM had said that its boats would be on the lookout for Fishing Aggregated Devices (FADs) in international waters. FADs are manmade objects used to lure fish and catch them.

Share. Facebook Twitter Pinterest LinkedIn Tumblr Email
Previous ArticlePolice should be allowed to recruit those with tattoos – Byron Camilleri – www.independent.com.mt
Next Article The plastic recycling system is broken – here’s how we can fix it – timesofmalta.com