Tunisian farmers are turning to the past to ensure a future by planting indigenous seeds as the North African country suffers at a time of drought, disease and climate change.

Traditional seeds come from a genetic heritage best suited to the environment, said Maher Medini, from Tunisia’s National Gene Bank, which promotes the development of sustainable agriculture in the country.

“They are reservoirs of genes hundreds, if not thousands of years old,” Medini said, adding that the seeds are more resistant to the ever-growing dangerous impacts of global warming.

Climate change is causing challenging variations in rainfall, temperature and humidity, creating disease in the crops, he said.

“The foundation of adaptation is diversity,” Medini said.

Wheat varieties developed in the 1980s are being blighted by disease in Tunisia, but farmers say that traditional varieties appear to be more resistant.

In the past, using indigenous seeds, Tunisian farmers set aside a small part of the harvest to sow in the next season.

But the development of hybrid or genetically modified seeds resulted in better harvests, and native varieties largely fell out of use.

One problem is that seeds from the new varieties cannot be replanted, and farmers have to buy in more seed every year.

Now some farmers are looking at the methods used by their forebears.

Mohamed Lassad ben Saleh farms in the agricultural region of Jedaida, some 30 kilometres northwest of the capital Tunis. 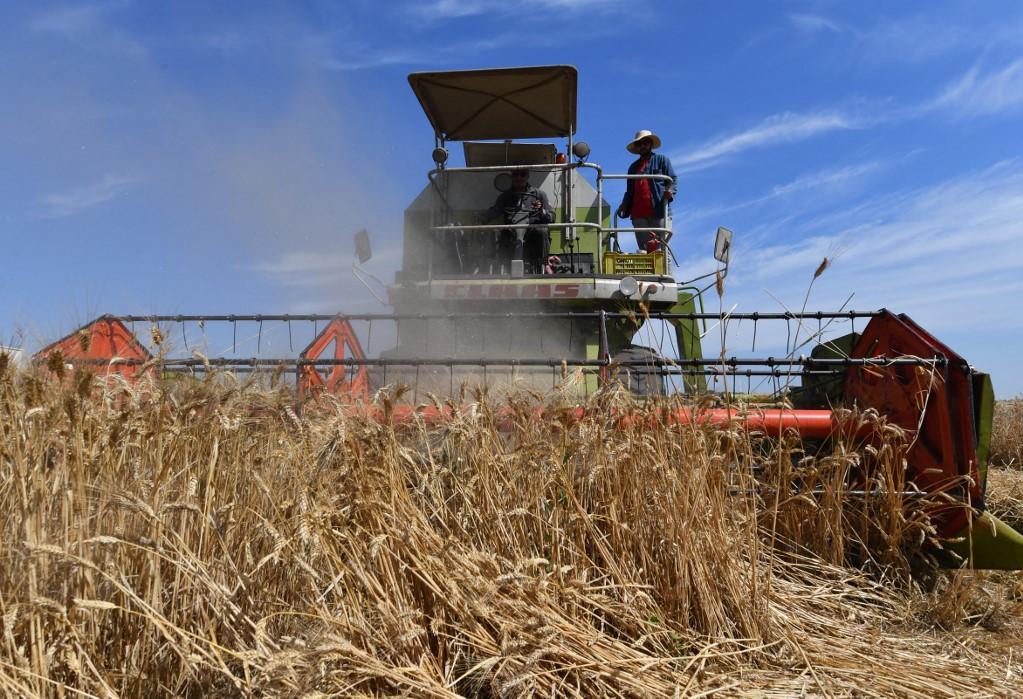 Climate change is causing challenging variations in rainfall, temperature and humidity, creating disease in the crops.

Eight years ago he switched to planting a traditional variety of wheat, known as Al-Msekni. On his farm, the harvest is now in full swing.

The wheat harvested from each hectare is weighed separately, so each plot’s productivity can be calculated.

When he meets other farmers, he lets them know how his traditional seeds are performing.

The national average in recent years has been 1.4 to two tons a hectare, while Ben Saleh says his yield has been five tons.

Ben Saleh reports his seeds are more resistant to drought and disease, which means he does not have to use as much pesticide.

“The new varieties are weak and quickly affected by mould,” he said.

With most farmers buying new seeds every season, the country currently imports 70 per cent to 80 per cent of its seeds each year.

“A return to local or native seeds is one of the conditions needed to reach food sovereignty,” said Aymen Amayed, a researcher in agricultural policies.

The UN’s Food and Agriculture Organisation has warned against the increased use of hybrid seeds, and considers it a threat to indigenous varieties and to local genetic heritage.

The FAO estimates that over the past century, around three-quarters of the diversity in world crops has disappeared. 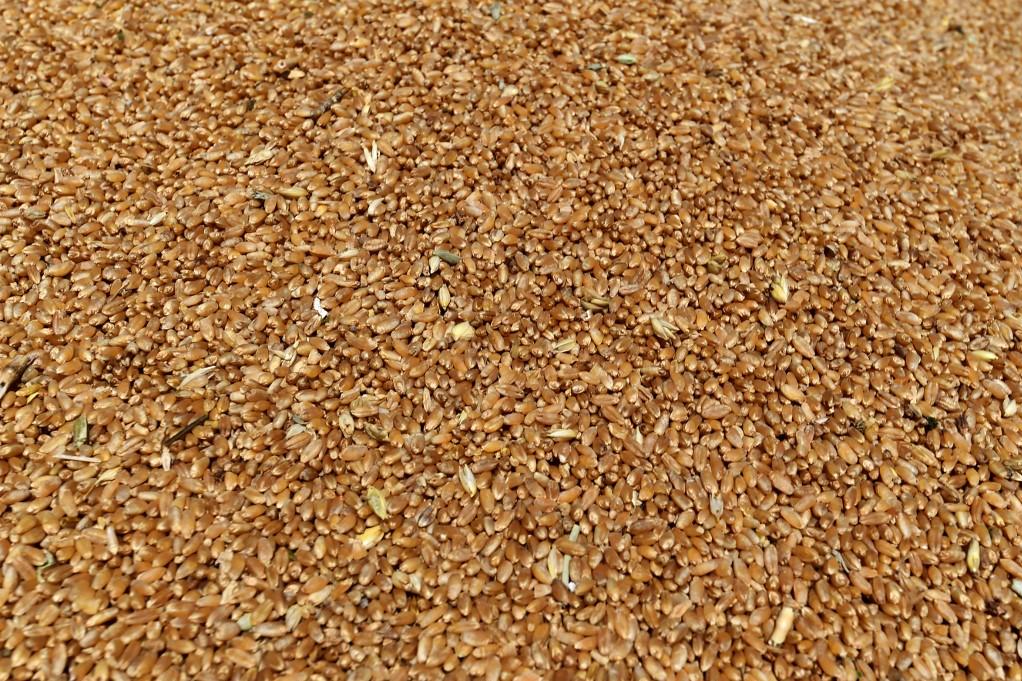 Wheat grains, freshly harvested in a field, in the agricultural region of Jedaida, some 30 kilometres northwest of the capital Tunis.

But Tunisia’s gene bank is working to “reclaim its genetic heritage”.

Since 2008, it has been collecting traditional seeds from farmers, and also working to recover indigenous Tunisian seeds stored in gene banks around the world.

So far, it has been able to repatriate more than 7,000 samples of seeds from fruit trees, cereals and vegetables out of over 11,000 located worldwide.

These seeds are once more being planted in Tunisian soil.

M’barek Ben Naceur, head of the national gene bank, says that more than 400 farmers have been persuaded to use these seeds, and old varieties such as Al-Msekni and Al-Mahmoudi are being sown again.

“These seeds are the descendants of this land, and they know it,” said Ben Naceur.

“Our varieties have been accustomed to rises in temperature and drought for thousands of years, so they will resist climate change and temperature rises,” he added.

A report last month by the UN’s Intergovernmental Panel on Climate Change showed unequivocally that the climate is changing faster than previously feared, and because of human activity.

“Between now and 2050, temperatures in the world will rise between 1.8 and two degrees,” Ben Naceur said.

“And 2050 is tomorrow – it’s not so far away. Varieties that are not resistant will disappear.” 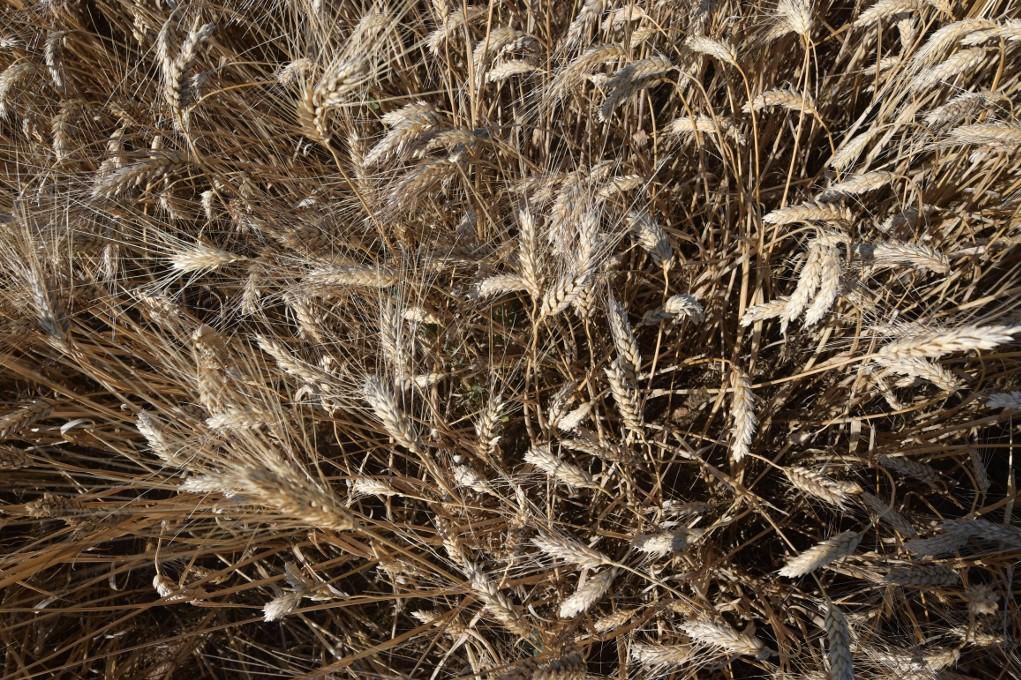 Wheat in a field, in the agricultural region of Jedaida.

Countries convene at WHO to thrash out a pandemic treaty – timesofmalta.com