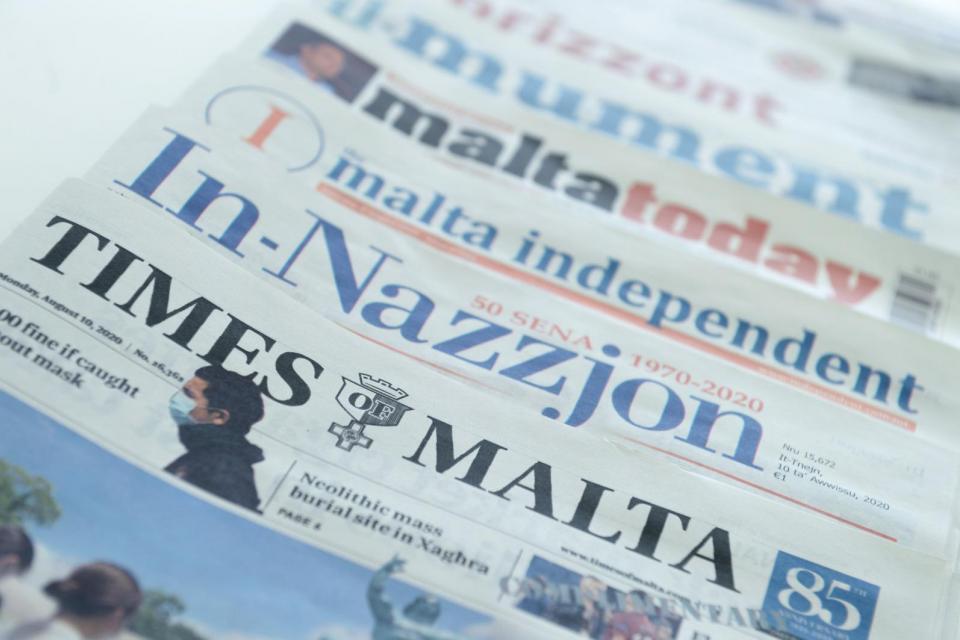 The following are the top stories in Malta’s newspapers on Friday.
Times of Malta reports that the island on Thursday recorded 55 new COVID-19 cases with the majority being students who are in the country to learn English.
The paper also reports that nearly 600 people, including a four-month-old baby and two children with a disability, were stranded between Malta and Sicily and were running out of food.
The Malta Independent refers to the new COVID cases in its main article, while in a separate piece it quotes an anti human trafficking coalition which on Thursday called on new Equality Minister Owen Bonnici to change the government’s policy on prostitution.
In-Nazzjon refers to comments by Opposition leader Bernard Grech who on Thursday reiterated his call for national unity during a party event.
L-Orizzont too reports about the 55 new COVID cases, while in a separate piece it reports on the desertification of the island.