The top secret operations of 1943 deployed from Malta – timesofmalta.com


“Three months later, I was sitting in glorious sunshine outside a villa on the island of Malta. I had arrived that morning with my party and all our stores, after an eventful journey.

“At one stage, I had to lie like a trooper to an American war correspondent who, intrigued by our canoes and the boxes of stores marked ‘secret’, had pumped me unmercifully with questions as to our business. I had invented some lovely yarns to throw him off the scent! My first sight of Malta had affected me strangely. I could not help but feel proud that I was British and that this battered little bastion of the empire was to be the headquarters from which we should operate.”

This is how Lt Ralph Neville described his first few days on Malta, after leaving England in late 1943, in his biography Survey By Starlight.

In the book, Neville gives a taste of his daring and intense adventures as a commando, also describing his exploits as a Royal Navy officer as part of Combined Operations Pilotage Parties 5 or COPP 5, in short. Neville published his book in 1949, offering a glimpse of the secret operations carried out on the beaches of Sicily and, later on, in Italy. 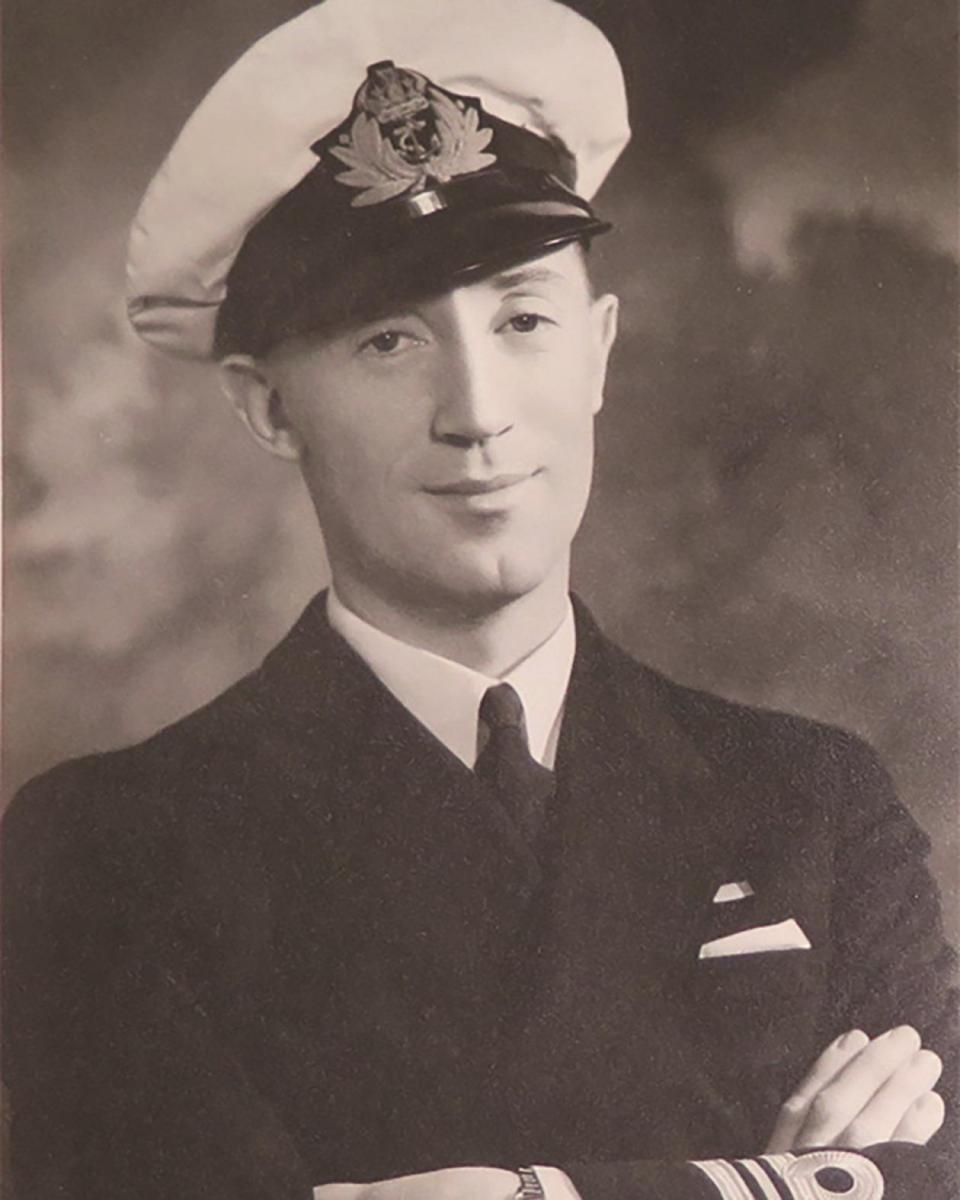 “The first few missions over Sicily proved to be quite disastrous, resulting in a high number of losses”

The mastermind behind establishing the Combined Operations Pilotage Parties was Lt Commander Nigel Clogstoun Willmott DSO, DSC, Royal Navy. Since 1941, he was brainstorming about the possibility of having a special unit of commandos which could carry out beach reconnaissance surveys in order to assist the war effort by acquiring information for beach landings, having himself experienced missions of similar nature.

By 1942, Willmott started spreading influence among the high-ranking officers of the Royal Navy with the idea of gaining leverage towards creating a specialised commando unit. This meant that he had to draft rules and regulations for the organisational requirements and also a proposal for the allocation of resources required for the formation of COPP.

When making his proposal, Willmott was met with some resistance but, by late 1942, the tide of war was changing for the allies and one big vital requirement was information about the geographical structure of enemy coastline beaches, which were carefully chosen as planned invasion landing zones. 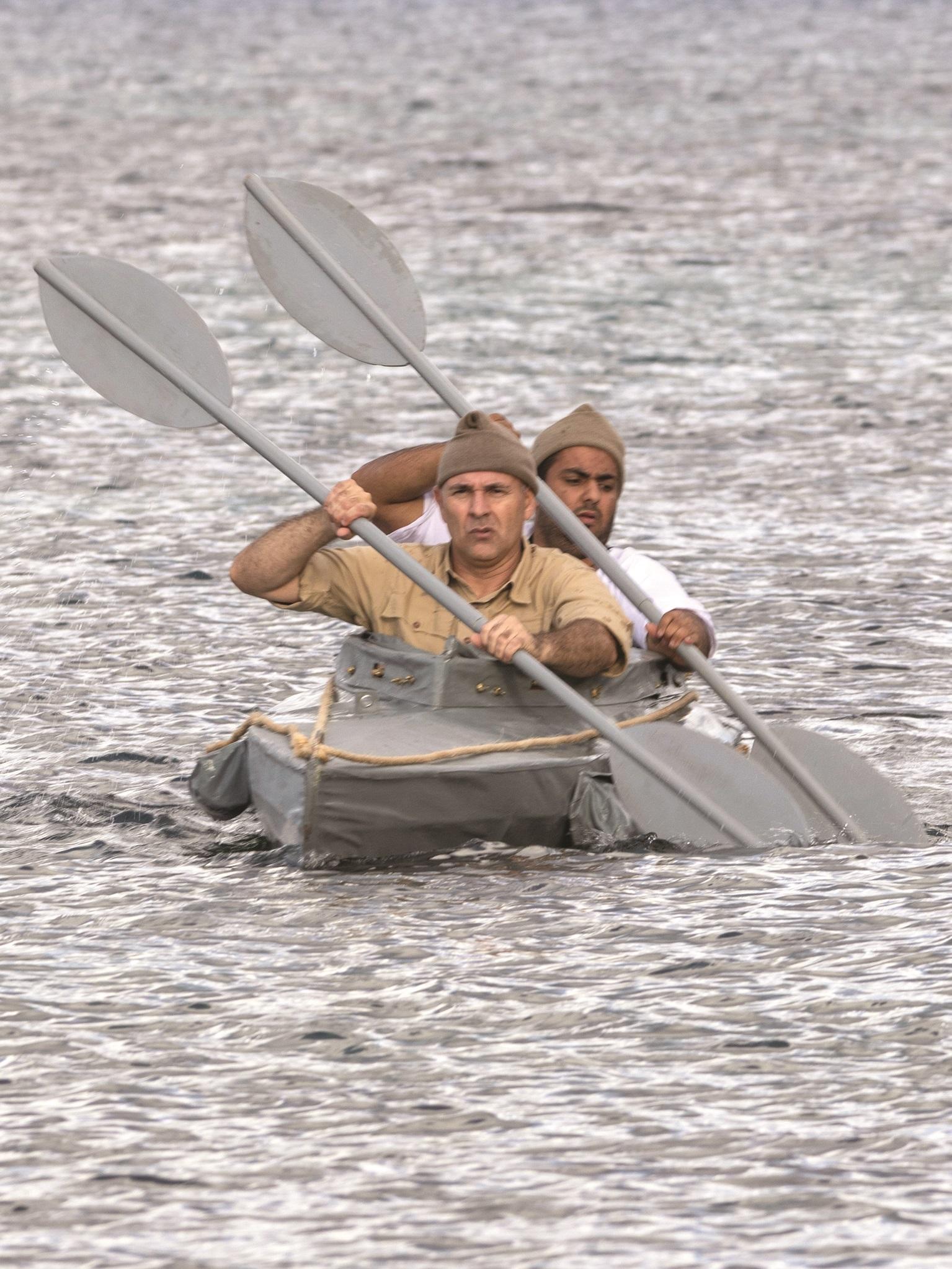 A re-enactment of COPP canoeists rowing in a Mk1 canoe. Photo: Jonathan Pullicino

By the end of 1942, COPPs had their top secret headquarters established at Hayling Island, a remote island in the south of England. All the activities related to COPP were to be classified and top secret, including the recruiting process. A yacht club was allocated for COPP training.

Royal Navy officers were to act as commanding officers since they had navigation or hydrographer experience while army captains joined to serve as engineers. The rest of the team was made of Royal Navy seamen or SBS commandos. Although it was stipulated that all personnel were to undergo commandos training, Willmott desired that COPP remained an active Royal Navy unit, hence called Combined Operations (commando part) Pilotage Parties (naval part). 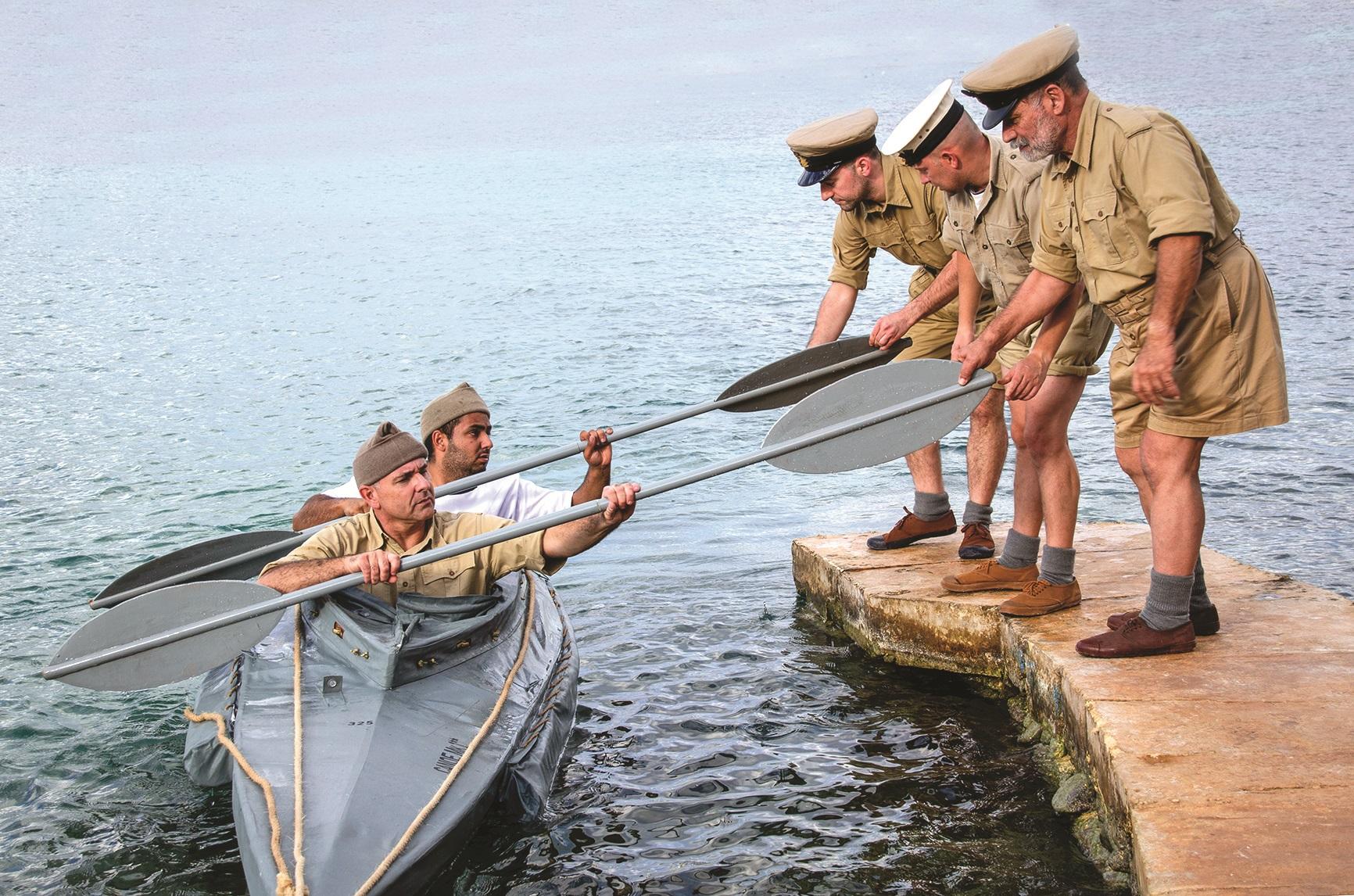 Members of COPP assist a team of canoeists as they approach the quay in a Mk1 canoe. Photo: Mario Mifsud

Officers’ training was further reinforced with beach surveying tools and tactics while that of seamen and SBS commandos focused more on technical and maintenance work. All of the latter was important in order to learn how to handle their new weapon of war − a canoe! The chosen model was the folbot Mk1 model, a 17-foot long and 30-inch beam structure, constructed in such a way that it could be loaded through a submarine torpedo hatch to be then successfully launched by its crew to paddle close to the shore.

In January 1943, the first COPPs (COPP 1, 2 and 3) were launched on beach reconnaissance tasks over Sicily, in preparation for Operation Husky. The plan was to invade Sicily and strike the Axis powers through Italy. It was imperative that no information related to the invasion leaked into enemy hands and that’s why COPP was chosen for the task, with its first base of operations being Malta.

On February 26, 1943, two lieutenants, Smith and Brand, were to leave Malta on the submarine HMS United, together with other COPP officers and seamen, in order to carry out beach reconnaissance missions in the south and north of Sicily. Only some of the men returned to Malta, with Brand and Smith having to paddle about 120km back to Malta after losing their rendezvous with HMS United.

The first few missions over Sicily proved to be quite disastrous, resulting in a high number of losses, including both experienced naval officers and personnel. The latter resulted in more men being trained and sent to Malta.

COPP 4, with more experienced personnel, was deployed from Malta on April 1943. Despite its successes and the excellent information being acquired, the toll rose up to 70 per cent. COPP 3 was disbanded and amalgamated with COPP 4. 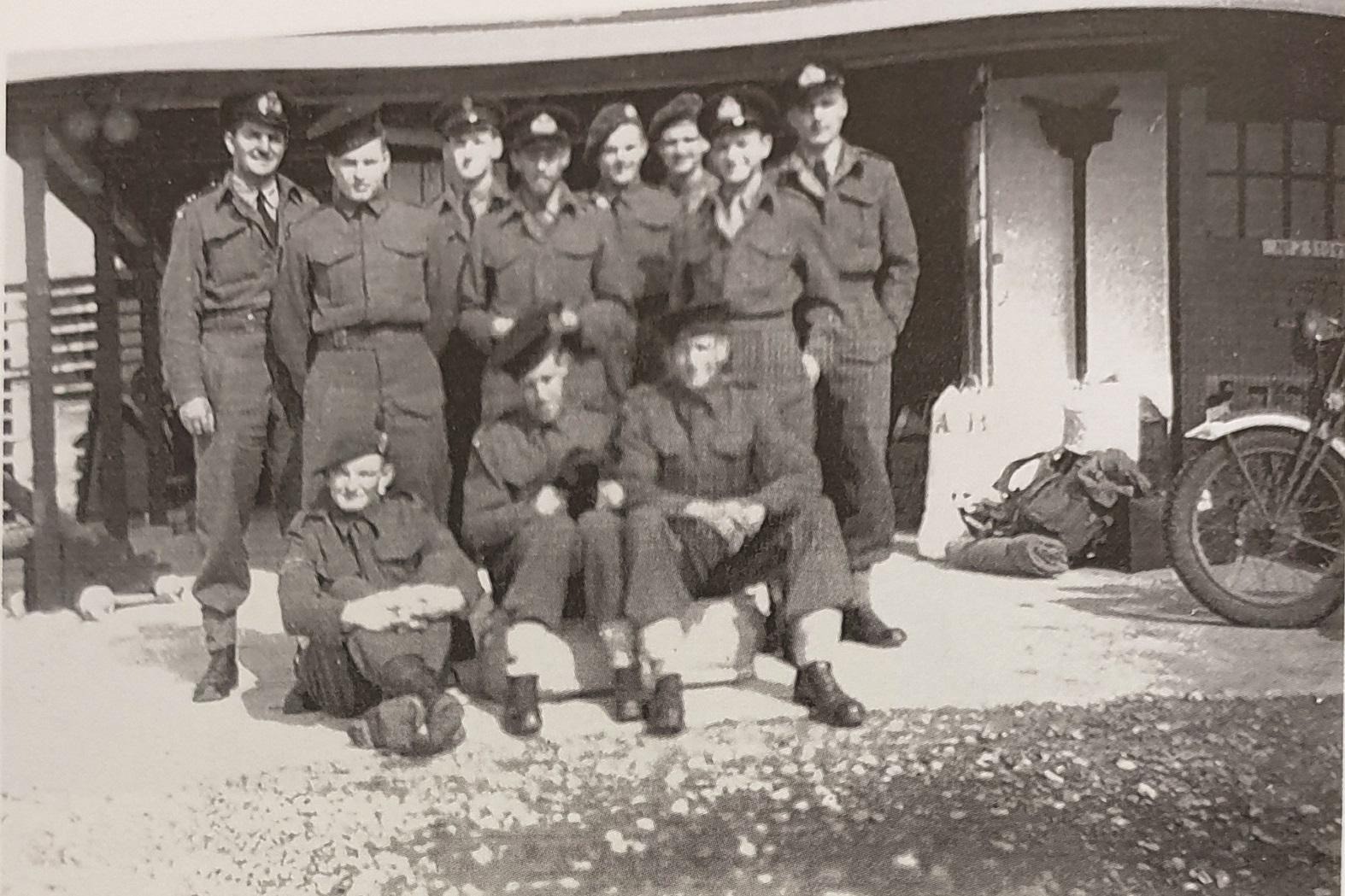 A group photo of COPP 5 on Hayling Island, after finishing training and before being dispatched to Malta. The commanding officer Ralph Neville is standing in the middle, sporting a navy beard. Source: Stealthily by Night, Ian Trenowden

Willmott insisted that the training at Hayling island be fully completed prior to having COPP groups sent off missions from Malta, meaning that adequate and ample time had to be allocated in order to prevent more high losses. At the time, COPP groups 5, 6 and 7 were undergoing rigorous training at Hayling Island. COPP 5 was chosen to continue the beach reconnaissance missions from Malta, under the command of Lt Ralph Standbury.

In his book, Neville states that COPP 5 was allocated a lovely villa in Għajn Tuffieħa, in the northwest area of Malta, close to beach areas and which was ideal for canoe training. Stanbury’s team consisted of people with different roles, including an engineer and military assistant. A military motorcycle was their only means of transportation around the island.

Neville describes the Maltese landscape as an extract from a biblical passage, highlighting the old-fashioned farming methods used and St Paul’s Bay’s religious link with that of the saint’s interlude and his life in Malta.

On June 24, the much-awaited day, Stanbury was tasked to perform three missions south of the coast of Syracuse, sailing on the HMS Unruffled. The first mission took place on the night of June 25 and 26, at the mouth of river Cassibile, led by Stanbury and Lt Denton. The second mission was carried out the next night, not far from the beach of Avola; it was carried out by  Stanbury and Captain Matterson (Royal Engineers).

The last and third mission was carried out in the southern part of Sicily during the night of June 27-28; the next day, all the team sailed back to Malta.

Neville mentions many perilous events in his book and remarks how dangerous it was to perform the missions over Sicily. Some of the reconnaissance missions used to be carried out via periscope observation, by sailing the submarine close to the enemy coast, with the latter depending on the mission objectives. Weather requirements were quite simple: clear skies and very calm waters; the submarine would stop about two miles away from the designated target, unload the canoe and the men would paddle to about 200 yards from the coast. 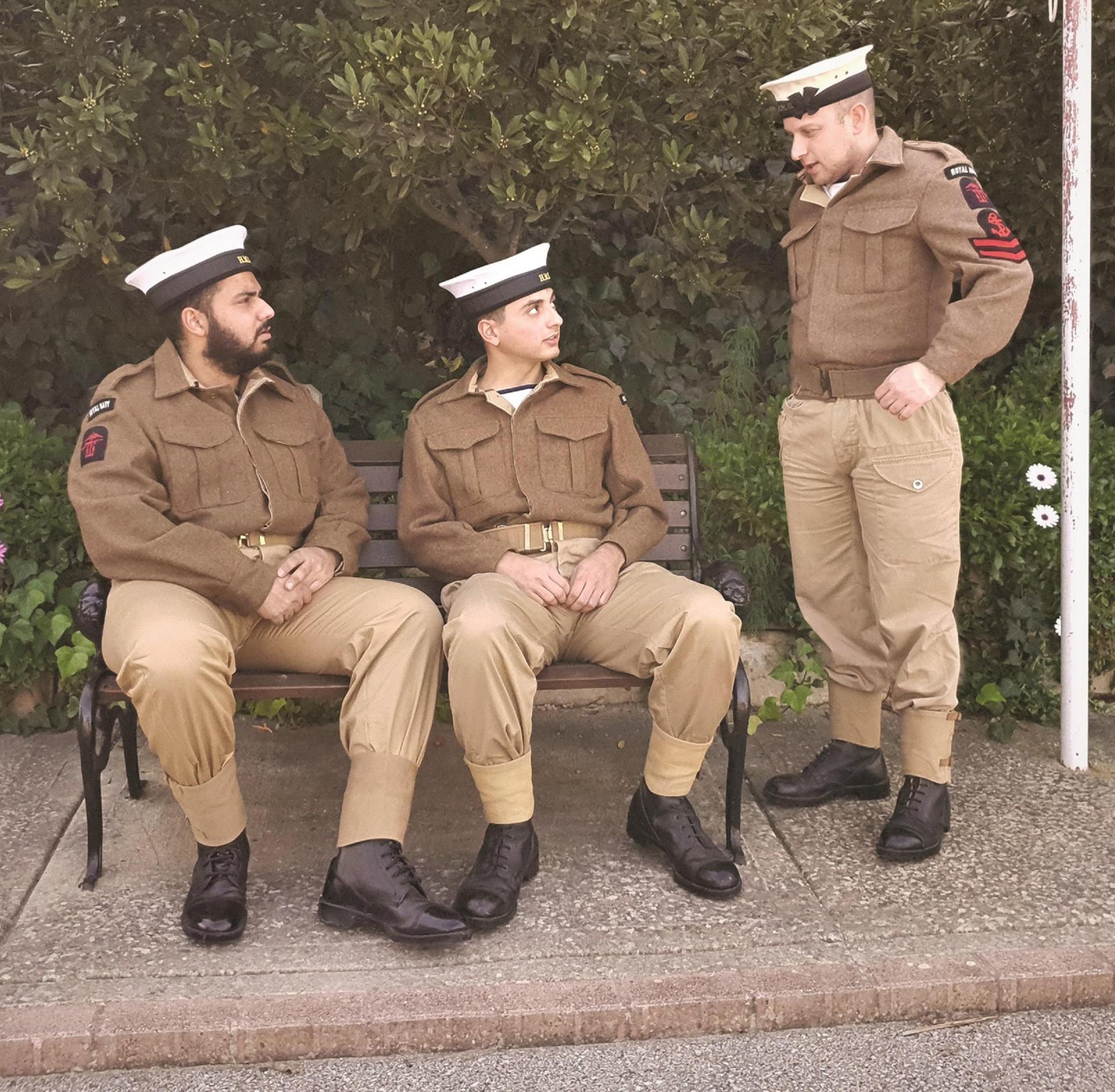 Tension would rise when one of the officers would get off the canoe and swim ashore, wearing a special rubber suit, while the other crew member would man the anchored canoe and stay guard until their companion returned. A beach survey used to take about three to four hours. Neville would write about the obstacles encountered on the beaches, including the presence of guard dogs. The surveyor would then return to the canoe with high hopes of finding his way back and his colleague still alive and then signalling the awaiting submarine.

One has to keep in mind that these missions were carried out in the dark, with very limited light, which made it very difficult to be fully aware of surrounding perils. At times it was either luck or a miracle from the heavens; one could lose the rendezvous point with the submarine and end up being stranded in the sea. Other possible dangers Neville described in his writings included: patrolling Italian boats and ships that could strike their submarine during their approach to the enemy coast and coastal searchlights that would shine out any floating object out in the sea.

After the successful outcome of Operation Husky, Neville and COPP 5 were relocated to Sicily in preparation for the Italy landings and the Anzio beach landing of 1943. The stories and endeavours of Combined Operations Pilotage Parties would continue during the war, for the 1944 D-Day invasion landings and also in the east theatre of operations. 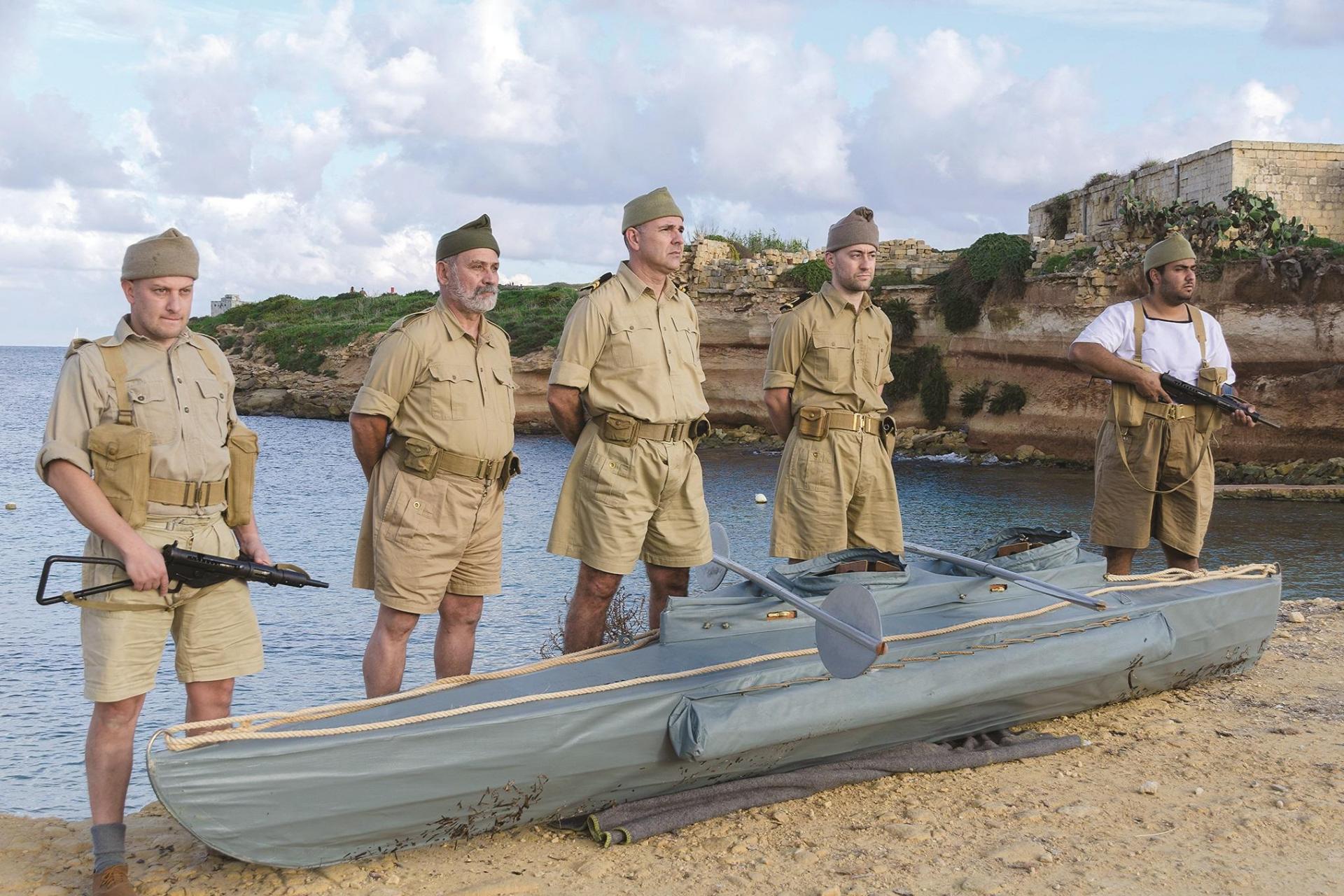 These life-gripping, glorious experiences will be revived by the Malta Command WW2 Living History Group, a Maltese established historical re-enactment group, on December 12 at Heritage Malta’s Fort St Angelo, in Vittoriosa. Time: 10.30am to 12.30pm.

Institutions must use power for justice alone – timesofmalta.com