The New York firefighter of Maltese descent who escaped death on 9/11 – timesofmalta.com


Saturday marks 20 years since the 9/11 New York terror attack, the most horrific on American soil. Anthony Gurrera, a 33-year-old firefighter of Maltese descent, was among the first on-site. It was only by sheer luck that he was not among colleagues killed at the scene. Sarah Carabott reports

Twenty years ago, Anthony Gurrera was frantically looking for any signs of life under the debris piled on the ground where the Twin Towers had stood moments before.

But all he came across were picture frames that once adorned the World Trade Centre offices, holding photos of people who were either under the rubble or anxiously waiting at home for news about their relatives.

The 33-year-old firefighter knew that he had escaped unscathed by sheer luck, unlike the rest of his shift.

On September 11, 2001, Anthony was meant to be with seven other colleagues who rushed to the World Trade Centre site when two hijacked planes were flown into the Twin Towers.

The crashes were two of four terrorist attacks coordinated by the militant Islamist group al-Qaeda against the US. The third flight crashed on the west side of the Pentagon, while the fourth one, known as Flight 93, crashed in a field after the passengers diverted it from its intended target, which was either the White House or the US Capitol.

Anthony had been given the day off the night before, and on that September morning he was carrying out some construction work with his brother and some friends.

“We were setting up for the day and all of a sudden we hear the radio broadcast. My brother asked me to turn the volume up.

“When we heard that airplanes were crashing in the World Trade Centre, we all just looked at each other. The others were like: ‘you gotta go’. And I was like ‘yeah, I gotta go. I gotta get out of here’.

“I just left. I came home, kissed my wife and my son, got back in my car and sped into Manhattan.”

Together with another six colleagues who had similarly rushed to their firehouse to grab firefighting gear, Anthony drove towards the crash site.

There was a point where I was going to so many funerals that I had to stop. I could not go to funerals anymore… it was too much

“It was weird. It was like driving into a bad movie. A real bad movie,” he said.

“It was just cloudy and dusty. We were in the middle of clouds, but it was not good clouds. People were walking around like zombies – they had no idea what had just happened.”

‘They were all gone’

Still under shock, Anthony and his colleagues spotted a fellow firefighter.

“He was coming towards us crying, saying ‘they’re all gone, they’re all gone’. That is when I learned that seven of my colleagues had got crushed. They had gone into a building and never came back out.”

When they tracked down their colleagues’ firetruck, Anthony found his lieutenant’s phone on the front seat.

“I opened it and saw all these missed calls, from home,” he recalls, visibly emotional. 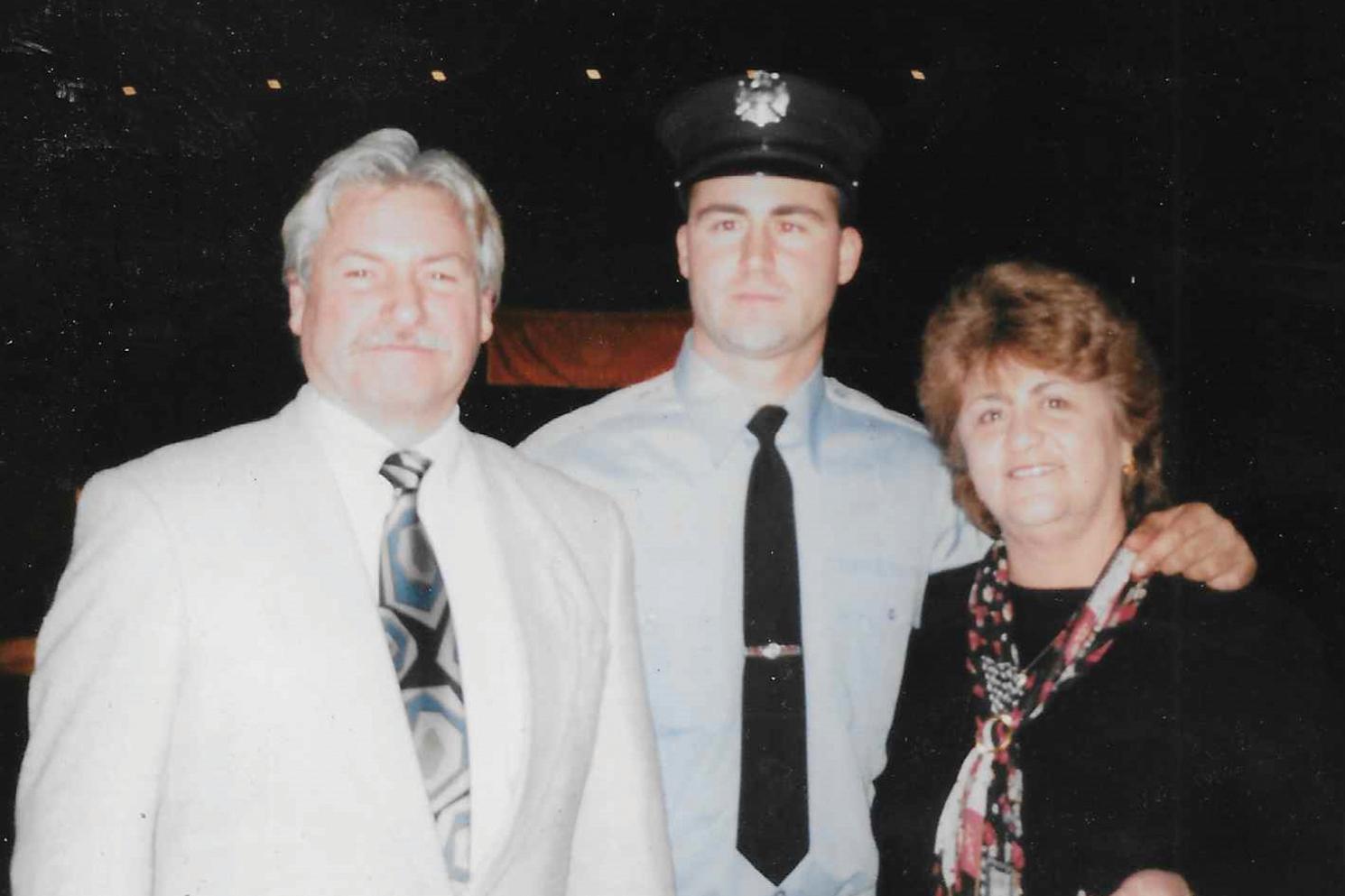 Anthony with his mother Catherine and father Anthony Sr at his graduation from the Fire Department of New York Academy.

Those were the very first 9/11 casualties that Anthony learned of.

“We call them the seven in heaven. I was going to be on that vehicle with them, but I had got that day off… I was very lucky.”

Photos among the rubble

With buildings still crumbling around them, rescue mode kicked in.

“We started digging. It was very surreal. Nobody could believe it was happening,” he said, recalling the smell of bodies around him.

For days he stood, firehose in hand, spraying and cooling down the rubble.

It was like driving into a bad movie. A real bad movie.

“One thing that stuck to my mind is the hundreds of photos I found that people had kept in their cubicles or offices. I remember thinking these photos are of people who are not here anymore or of their loved ones who are grieving for them. That is something I’ll never forget.”

Anthony with some of his colleagues.

The searching for lives took weeks, and the clearing up of the debris months.

Anthony helped retrieve one man, still breathing, from underneath the rubble. The man was incoherent, and Anthony still does not know whether he made it in the end.

Through it all, he kept thinking of his seven crushed colleagues.

‘I had to stop going to funerals’

“It was hard to get that out of my head… we couldn’t retrieve their bodies and we waited months before we got bone DNA – and that’s how a lot of my colleagues were identified.”

There were civilians who survived the attacks but later died from their injuries, while firefighters developed lung problems days later. Several are facing the consequences to this day, developing diseases linked to heavy metals they inhaled on site. 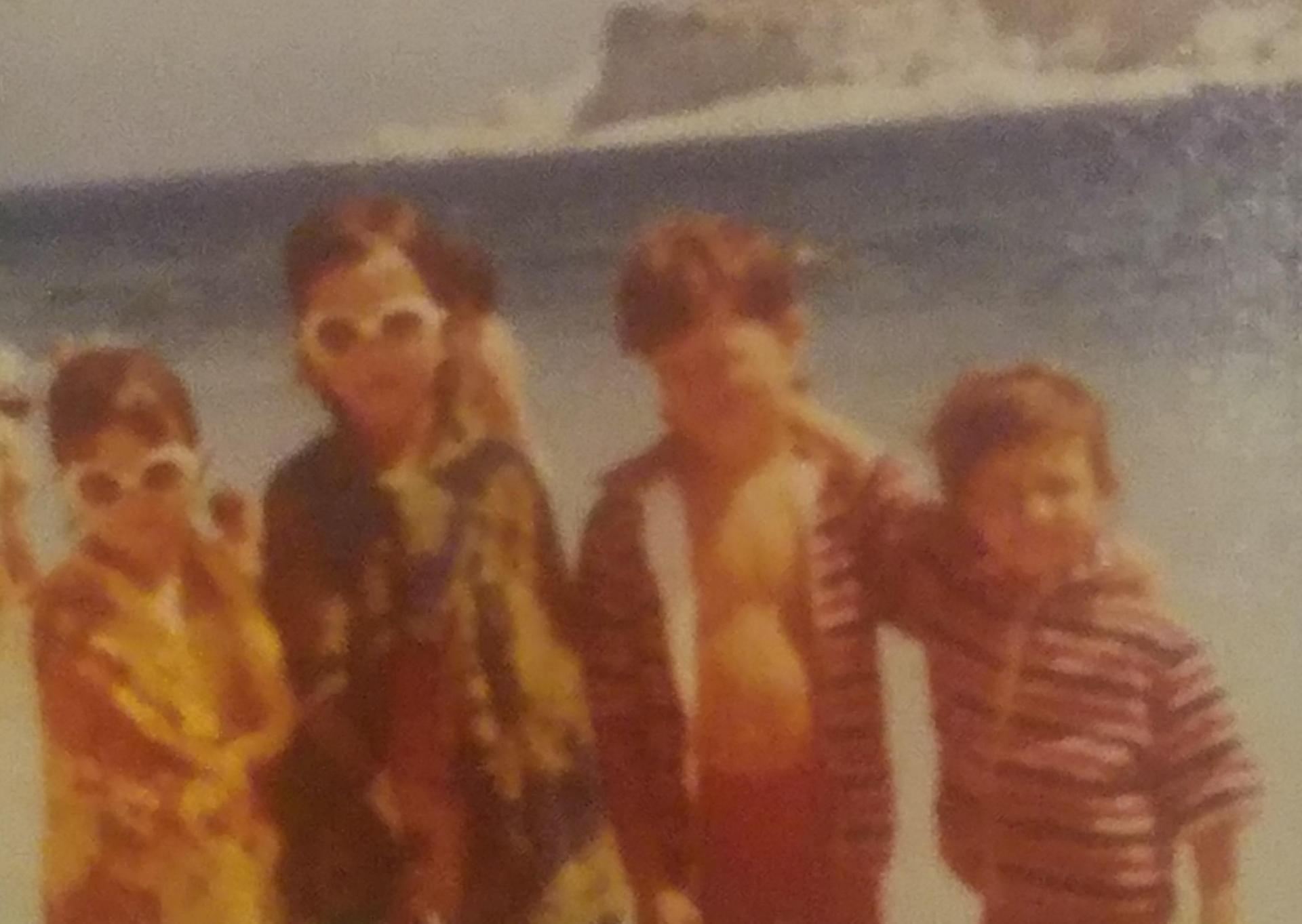 Anthony and his cousins during a trip to Malta in the 1970s.

“There was a point where I was going to so many funerals that I had to stop. I could not go to funerals anymore… it was too much.”

Anthony, too, developed a kidney disease and underwent two transplants, with each of his two brothers donating a kidney.

He was eventually retired as a consequence.

In the aftermath of 9/11, the whole fire department’s efforts were officially recognised by the state. Anthony believes that the value of unity, which he inherited from his Maltese family, helped “ground him” in the days following the attack.

Anthony’s mother, Catherine, and her four siblings, all from Żejtun, had settled in Brooklyn with their father Joseph and Grace Galea decades ago.

He remains in constant touch with his family in Malta, having last visited the island in 2018 to celebrate his 50th birthday. 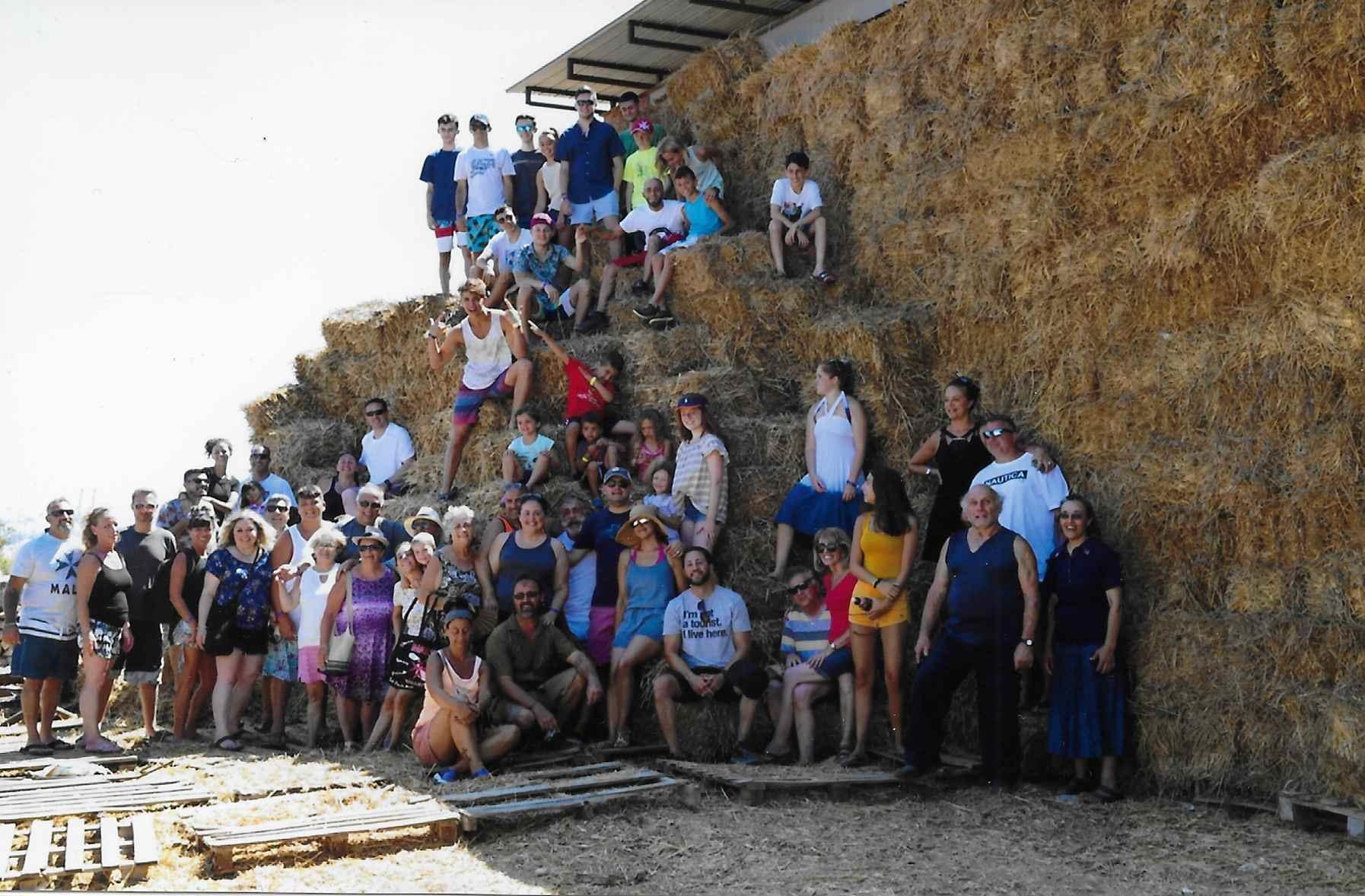 Anthony’s family at cousin Frankie’s cow farm in Zejtun during a 2018 trip to Malta.

“We’re always priding ourselves on being Maltese and being a tight family. That value of togetherness helped me get through a lot of 9/11 in my role as a firefighter, in working with, and understanding the rest of my team-mates.”