Analysts had been worried that a surge in Netflix subscriptions during pandemic lockdowns would be followed by a plunge as the world opened back up.

But the streaming entertainment star said that in the third quarter it made a profit of $1.45 billion on revenue that grew 16 per cent to $7.5 billion in that period.

Subscribers jumped by 4.4 million, double the growth seen in the same quarter in 2020, allowing the platform to end the period with 214 million worldwide.

After rolling out a lighter-than-normal slate of content in the first half of this year due to COVID-related production delays, Netflix said it was finishing the year with “what we expect to be our strongest Q4 content offering yet”.

“Our programming strategy is to provide members with a wide variety of high-quality content that’s loved and watched in large numbers,” it said in a statement.

New seasons of original Netflix series Money Heist and Sex Education were the biggest returning shows, viewed by 69 million and 55 million households respectively, according to the Silicon Valley powerhouse.

Squid Game became Netflix’s biggest show ever, watched by a “mind-boggling” 142 million households in the four weeks after its release in mid-September, executives said.

“The breadth of Squid Game’s popularity is truly amazing; this show has been ranked as our #1 program in 94 countries,” Netflix said. 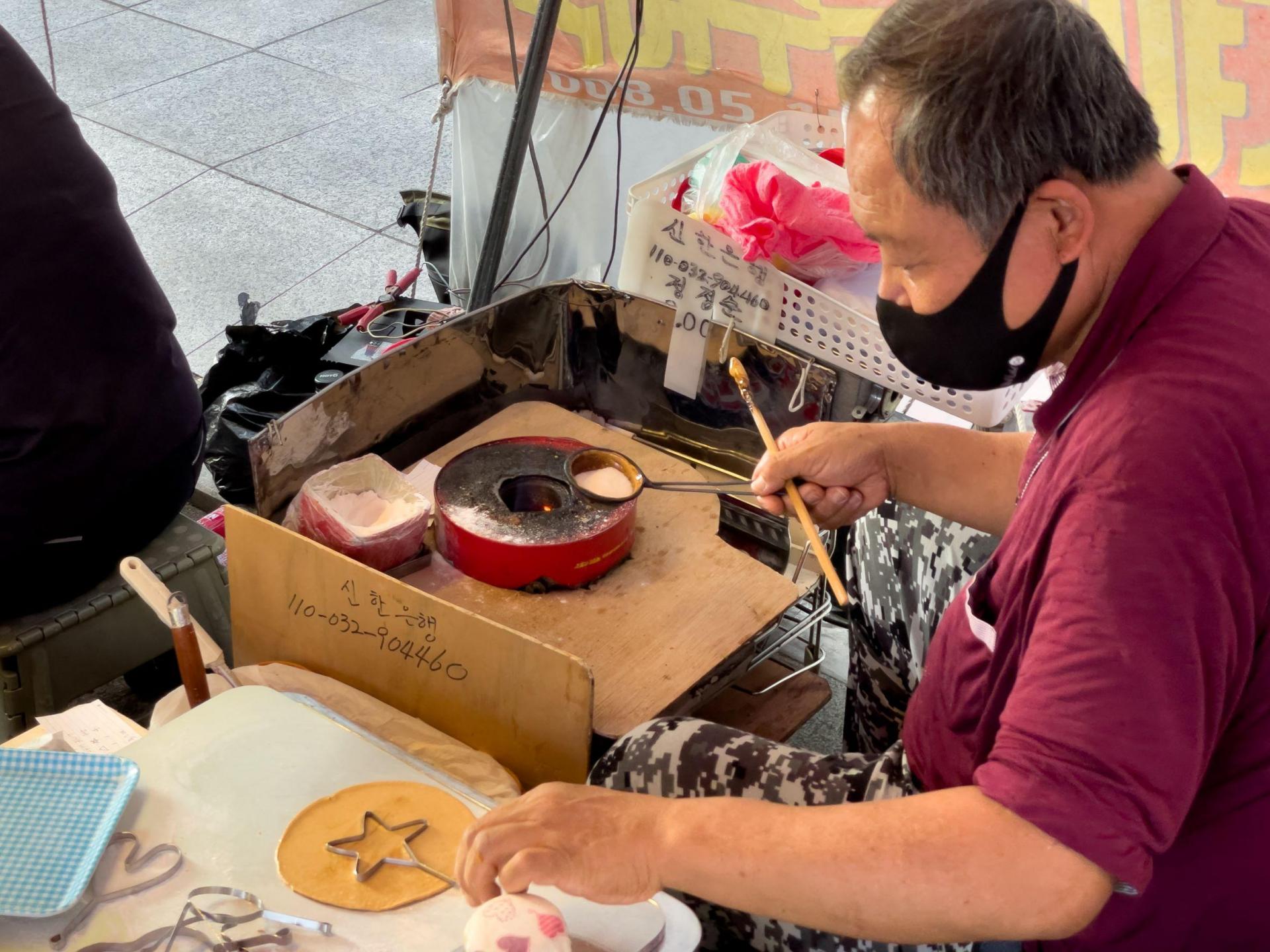 ‘Squid Game’ merchandising is all the rage. Street vendor Lim Chang-joo stamps a star shape onto a ‘dalgona’, a crisp sugar candy featured in the Netflix smash hit series, for which he and his wife Jung Jung-soon were hired to be on set to make during production. Photo: Yelim Lee/AFP

Squid Game-themed products were on their way to retail outlets, Netflix told investors.

Most of the subscriber growth in the quarter came from the Asia-Pacific region, which accounted for 2.2 million added Netflix members.

Joe McCormack, senior analyst at Third Bridge, pointed to the power of the Squid Game phenomenon.

“Squid Game was Netflix’s recent example of generating a global hit, with two-thirds of the company’s total subscribers viewing the series in the first four weeks,” he wrote. 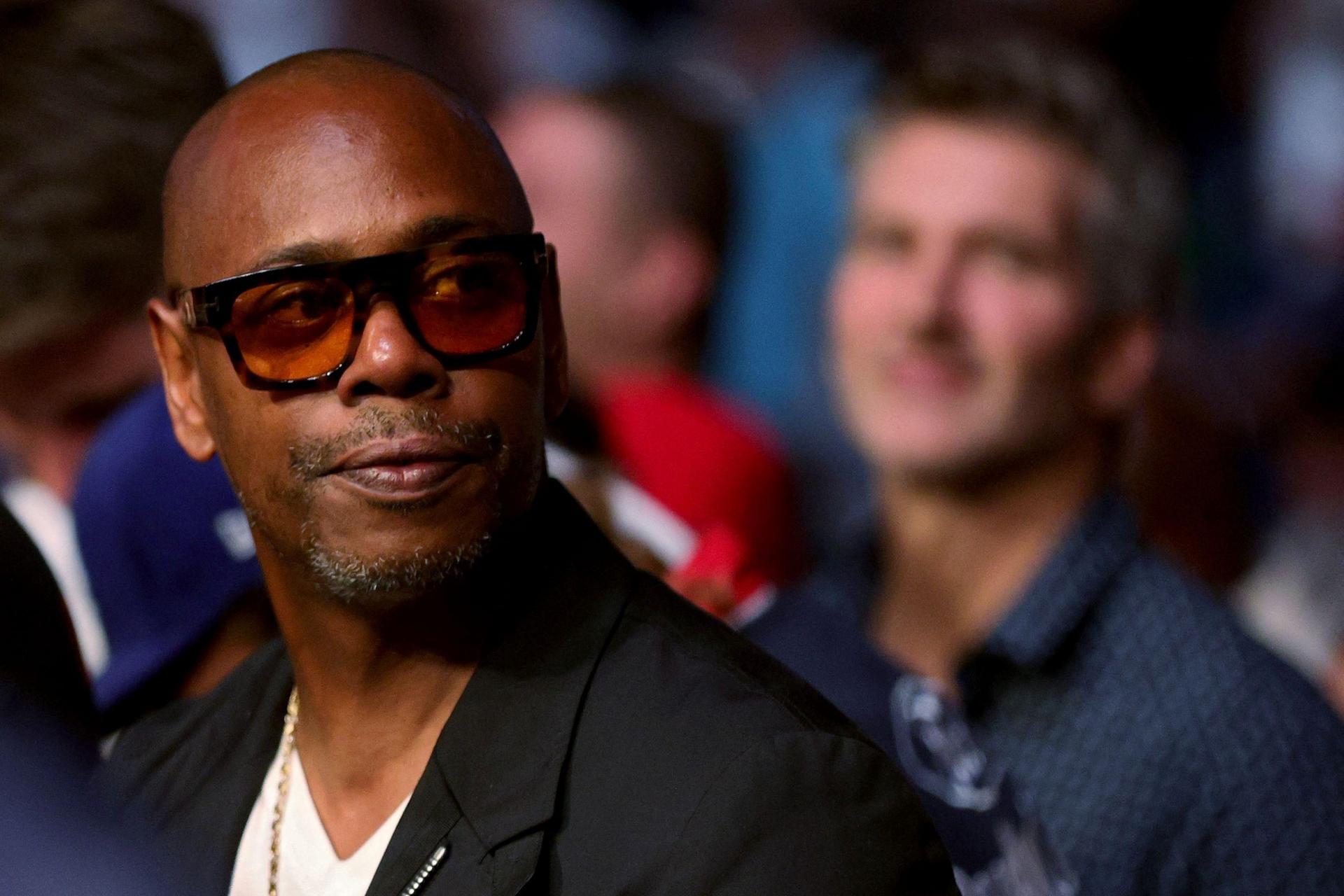 But Netflix has also been plunged into America’s culture wars by a Dave Chappelle comedy special that raises concerns about free speech and censorship, but has been slammed by its own employees as transphobic.

In The Closer, boundary-pushing mega-star Chappelle responds to critics who have accused him of mocking transgender people in the past by asserting that “gender is a fact” and accusing LGBTQ people of being “too sensitive”.

“In our country you can shoot and kill” a Black man, “but you’d better not hurt a gay person’s feelings”, says the stand-up comic, who is Black.

While the show has been condemned by LGBTQ groups – including GLAAD, which cited studies linking stereotypes about minorities to real-world harm – Netflix has so far stood firm, insisting the show will not be taken down.

But the streaming giant finds itself trapped at the center of arguably its most intense controversy yet.

Chappelle remains hugely popular, at a time when Netflix is competing with rivals such as HBO and Disney in the so-called streaming wars.

“We compete with a staggeringly large set of activities for consumers’ time and attention like watching linear TV, reading a book, browsing TikTok, or playing Fortnite, to name just a few,” executives said in the letter.

They noted that engagement at Netflix climbed 14 per cent during the hours Facebook was hit with a major outage early this month.

Netflix said it is continuing to push into gaming, focusing on mobile devices first, in a methodical approach expected to take years to bear meaningful fruit.

“Imagine three years from now some future Squid Game is launching and it comes along with an incredible array of interactive or gaming options that is all built into the service,” Netflix chief Reed Hastings said on an earnings call.

“A company like Disney is still ahead of us in some of those dimensions of putting that whole experience together but boy are we making progress.”

The good that men do – Fr Joe Borg – timesofmalta.com

Decriminalisation or promotion of cannabis use? – Arthur Muscat – timesofmalta.com