We are caught transfixed in the realities of current UK politics dominated by recurring cycles of popular spectacle.  Reality is suspended as we witness the soap drama of plucky and courageous little Britain (often misrepresented as England) taking on the might of the bureaucratic and soulless EU (conveniently reduced to bureaucrats in Brussels).

In this grand tale of derring-do, Ireland and particularly Northern Ireland has a walk-on part; this time in a spoiler role. As before we are experiencing the latest twist in what has been termed ‘England’s Irish problem’ or alternatively, ‘Ireland’s English problem’.

In the hands of the Brexiteer dramatists, the struggle is framed in terms of (British) freedom versus (European Union) servitude. To anyone with even a passing familiarity with the history of Empire and especially that of the British Empire, this script is hilarious, the stuff of dramatic farce.

The drama has immediate and far-reaching consequences for Ireland – the member state most directly affected by the UK’s departure. It especially embroils the peace process in fundamental ways.

Today’s story is that if it wasn’t for the convoluted politics of Northern Ireland; the insistence of the Irish Government on defending its own interests; and the belligerence of the EU, then all would have been tickety-boo. The script insists that while Britain (England) has the right to pursue and defend its own interests (which it most certainly does), others apparently do not.

But reality has a dreadful habit of asserting itself as the last number of years in the Brexit saga illustrate. Contrary to prediction, the ‘Irish question’ (and the unfinished peace process) cannot be set not been cast aside in this new ‘global’ story tale or for the ever-changing political gymnastics in London.

Currently, attention is on that set of agreements signed by all parties involved including international guarantors.  The Northern Ireland protocol is a key part of those agreements; it is, in effect a political and economic patch negotiated and agreed by all at the very last minute to ‘get Brexit done’ – at least for that moment.

As a result, the protocol is complicated and messy reflecting the broader mess that is Brexit itself. The consequences of the former and the latter for the UK were never effectively worked out and we see the results today. 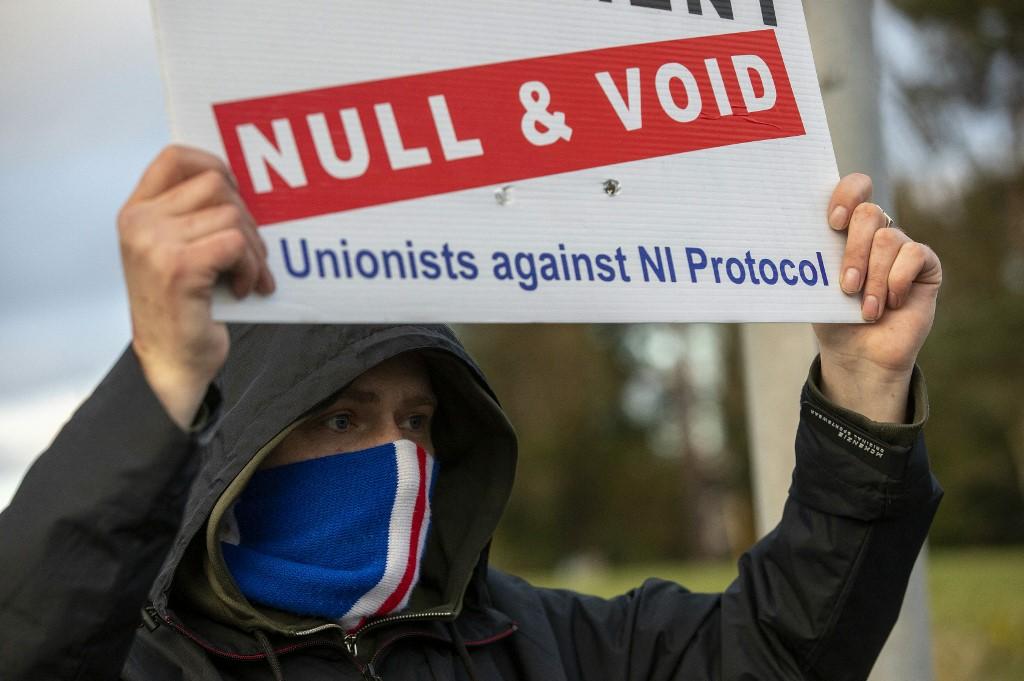 Not least in Northern Ireland, where a clear majority rejected Brexit. While the referendum may be history, its consequences are certainly not.

Despite the contrary megaphones, the protocol exists to protect the ‘unique circumstances’ of Northern Ireland and Ireland. However, the negotiators-in-chief Boris Johnson and David Frost now argue that they did not fully comprehend the implications of the protocol, even though these were fully spelt out in two UK briefing documents at the time.

They now insist (supported by a minority in Northern Ireland) that this international agreement should be set aside and that new negotiations begin again – something the EU refuses to do.

The debate is often popularly presented in terms of the much-loved ‘war’ over food products – previously prawn crackers and ‘straight’ bananas and now the sausage. The appetite for political farce is, among many English voters insatiable, especially when it includes dastardly foreigners. There is a well-established and highly profitable tradition of British tabloids serving up jingoism routinely accompanied by empire sauce.

The recent invention of a ‘sausage war’ to justify breaching an international treaty is the stuff of sheer pantomime. It bears no relation whatsoever to any known reality.

Protecting the reality of a hard-won peace process from the vicissitudes of the Brexit game is crucial.  Acceptance of the overall Brexit vote and its ill-considered consequences must not be allowed to dictate that all other interests should be thrown under the bus.

Speaker does not meet standards – timesofmalta.com