“The idea behind the architectural design resembled Andersen’s method, where a small world suddenly expands to a bigger universe,” Kuma explained ahead of the inauguration.

Two-thirds of the wood-and-glass museum is underground and it is located in a vast garden with paved walkways and high trimmed hedges. 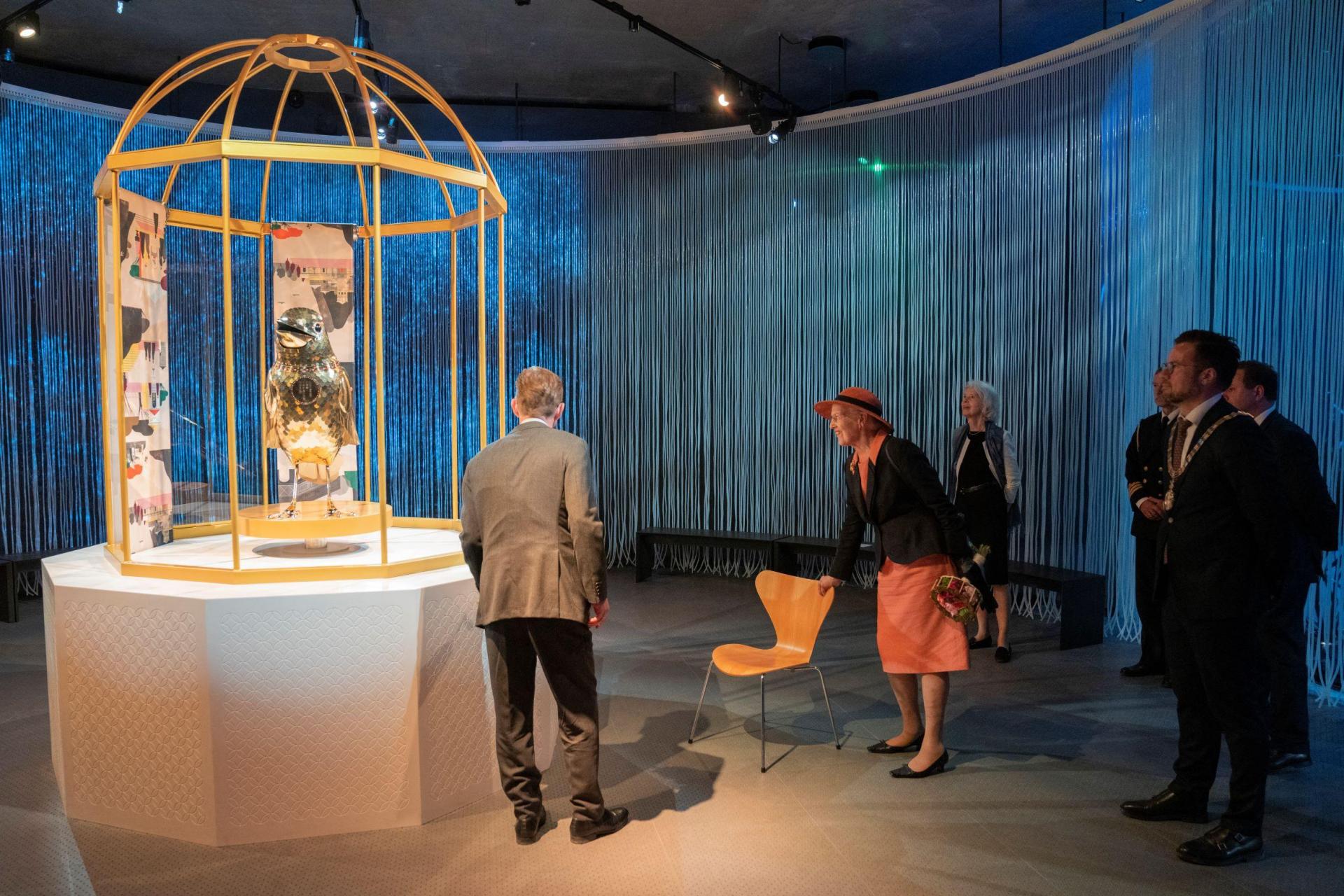 Queen Margrethe looking at one of the exhibits.

A statement described the structure as “flowing into a magical children’s universe” and added that it “intertwines with a labyrinthine magic garden”.

Andersen was born in 1805 to poor parents before earning global fame for works that include The Little Mermaid, The Ugly Ducking, The Emperor’s New Clothes and The Princess and the Pea.

“It is our hope that we, with the new museum, are approaching the core of H C Andersen’s universe,” the museum’s statement said.