Mdina through a photographer’s lens – timesofmalta.com


Leander Thomas wanders around the Silent City, capturing some of its most majestic buildings and more

I never cease to be amazed at what Malta’s old capital and silent city has to offer its visitors, locals and foreigners alike.

Mdina, today populated by less than 300, mainly elderly residents, is one of the few remaining medieval and renaissance fortified cities in Europe, indeed a gem of a bygone age. 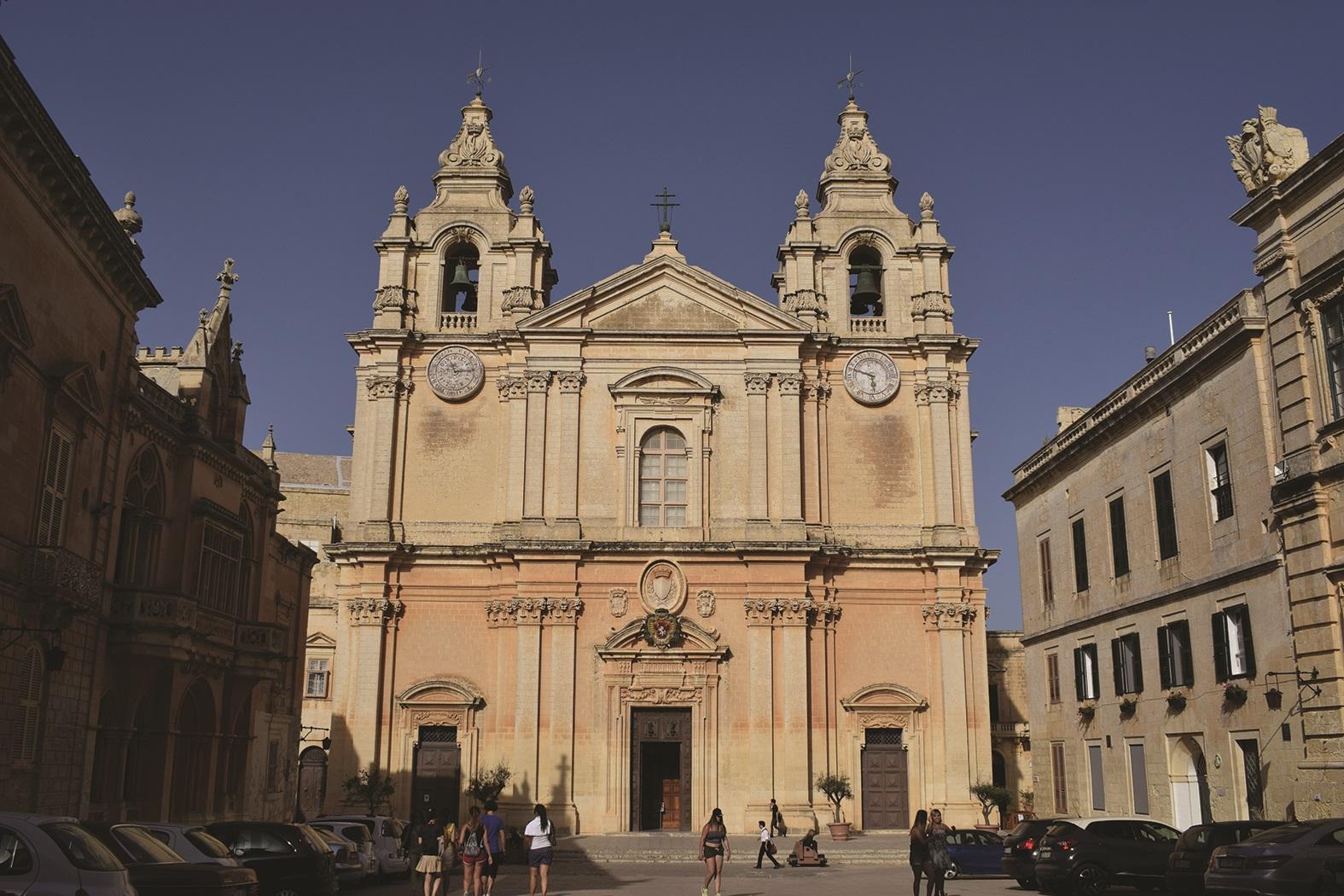 The Phoenicians, Romans, Arabs, Normans, Spaniards, the Knights of Malta, the French and the British all had an influence on and a connection to Mdina. 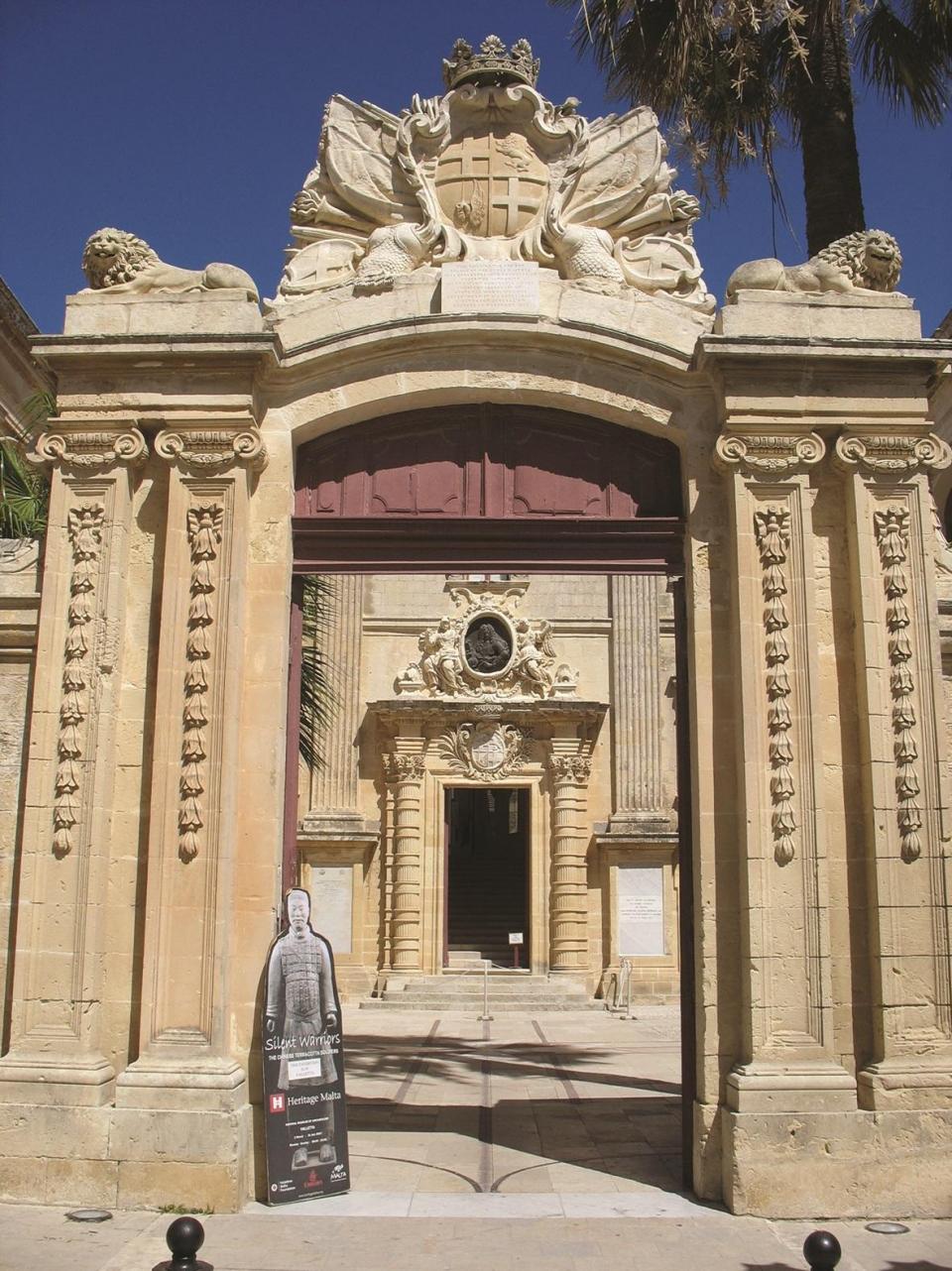 The entrance to Vilhena Palace, home to the National Museum of Natural History

The Main Gate is a beautiful piece of architecture, built in 1724. It is decorated with the coats of arms of Grand Master Manoel de Vilhena (1722-1736). On the inside of the gateway are bas-relief figures of St Paul, St Publius and St Agatha.

The splendour of the ancient city is evident as soon as you pass through the Main Gate. On the left is the Torre dello Standardo or Tower of the Standard, dating back to the early 1500s, nowadays housing the police station. On the right-hand side is the Vilhena Palace, constructed in 1730, which is today home to the Natural History Museum.

Mdina’s main thoroughfare is Villegaignon Street, named after Nicholas Durand de Villegaignon, commander of the Knights of Malta, who defended Mdina against the Turks in 1551. Along this street one finds many treasures like St Agatha’s chapel, originally built in 1417, and Casa Inguanez, the seat of the oldest titled Maltese family, which dates back to the 14th century.

There is also the nunnery of St Benedict, founded in 1418, the church of St Peter  in Chains and the imposing Banca Giuratale built in 1730. The latter is found on the right-hand side of St Paul’s Square facing the magnificent metropolitan cathedral dedicated to St Paul, which was constructed between 1697 and 1702. 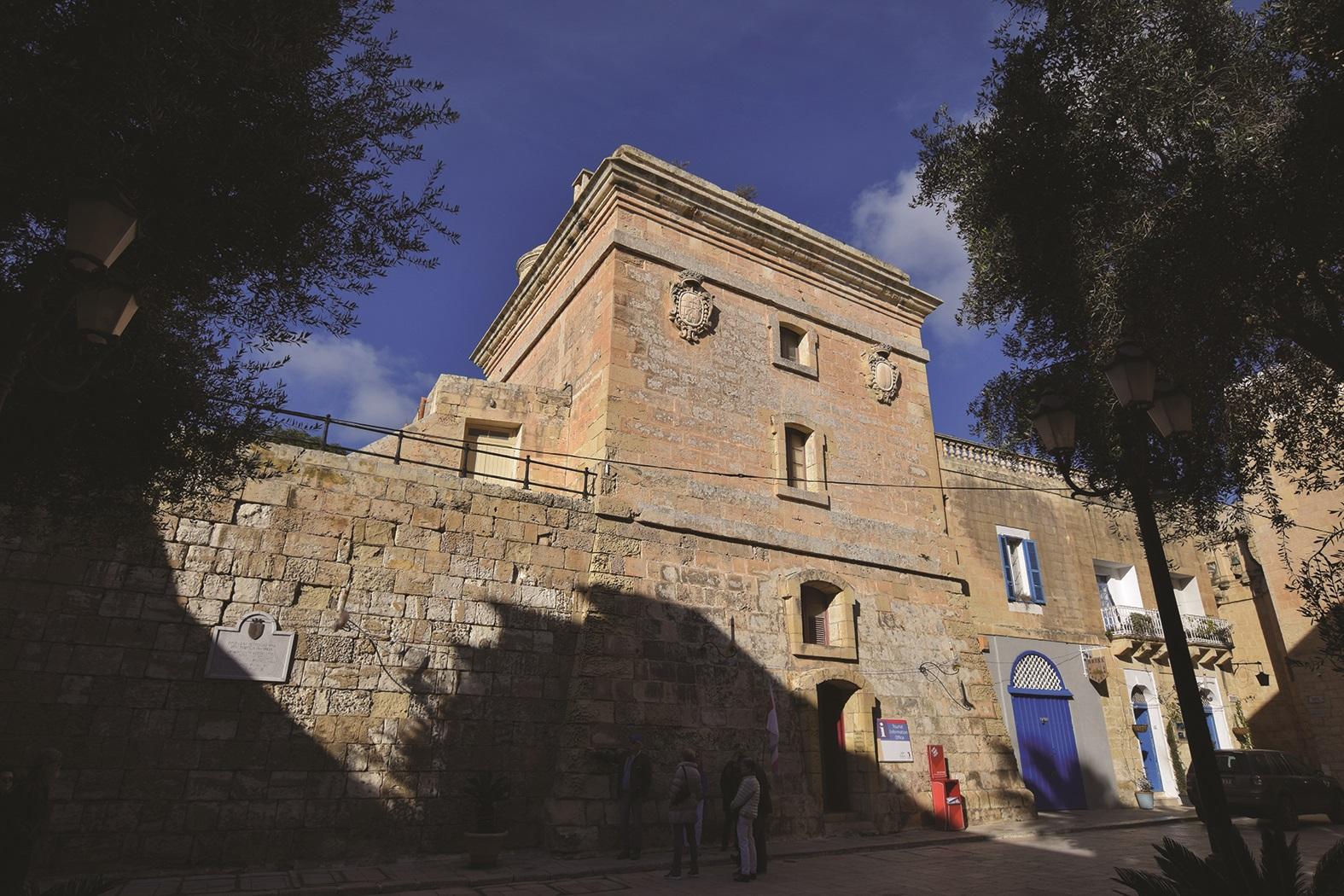 The Torre dello Standardo or Tower of the Standard 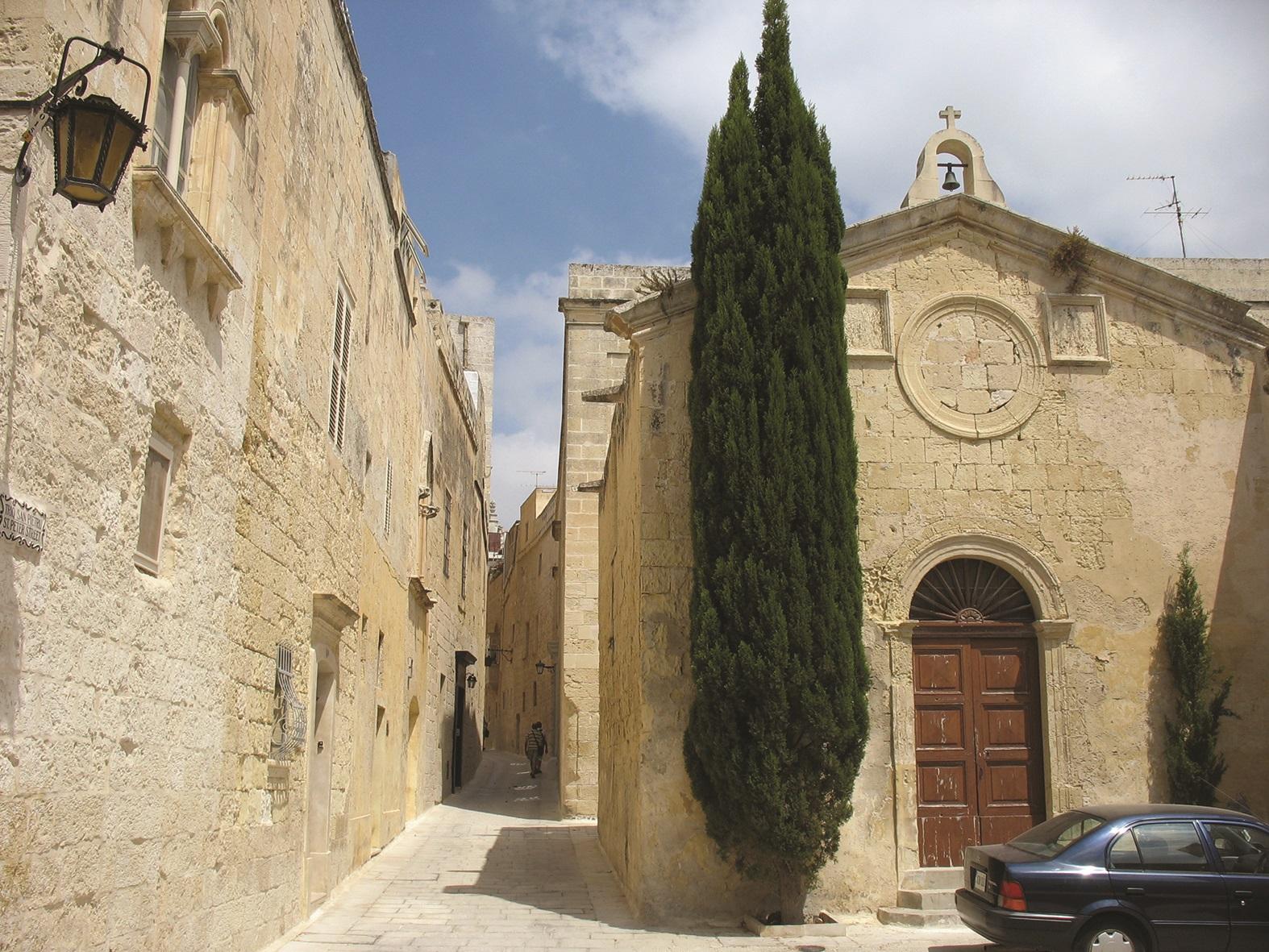 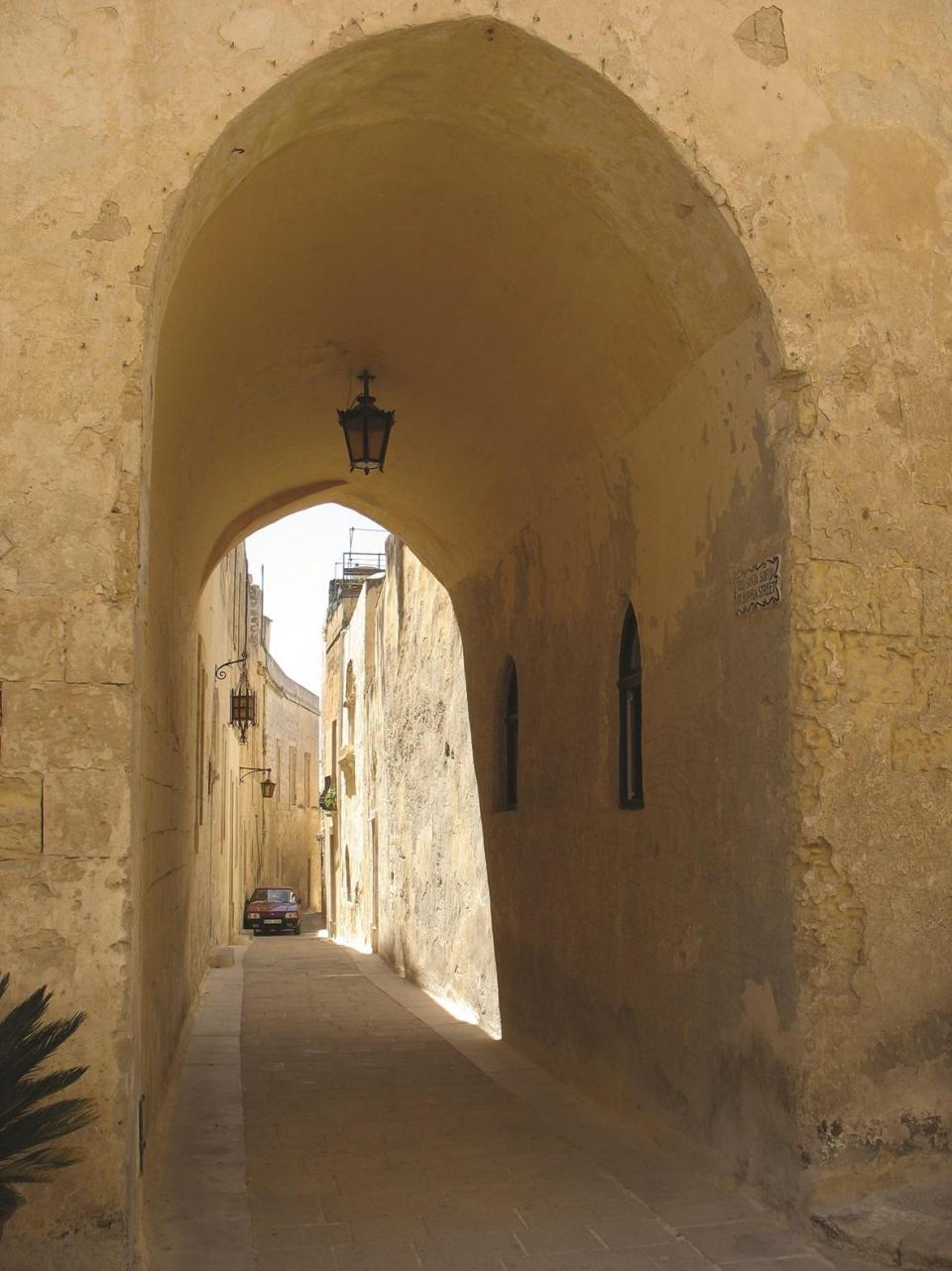 The cathedral is in the form of a Latin cross and has two impressive belfries with six bells. The façade bears the coat of arms of Grand Master Perellos Roccaful, of the city of Mdina and of bishop Davide Cocco Palmieri.

Many narrow streets and covered arched alleyways are found in the old capital: St Sophia Street, Holy Cross Street and Mesquita Street to name but three. Lovely lanterns, polished door knockers and particular windows are a welcome attraction to many a visitor.

Of special interest is Palazzo Falson with its famous arches and double windows divided by slender colonettes, characteristic of 15th-century Mdina. Formerly known as the Norman House, it is the most complete of Mdina’s medieval buildings. 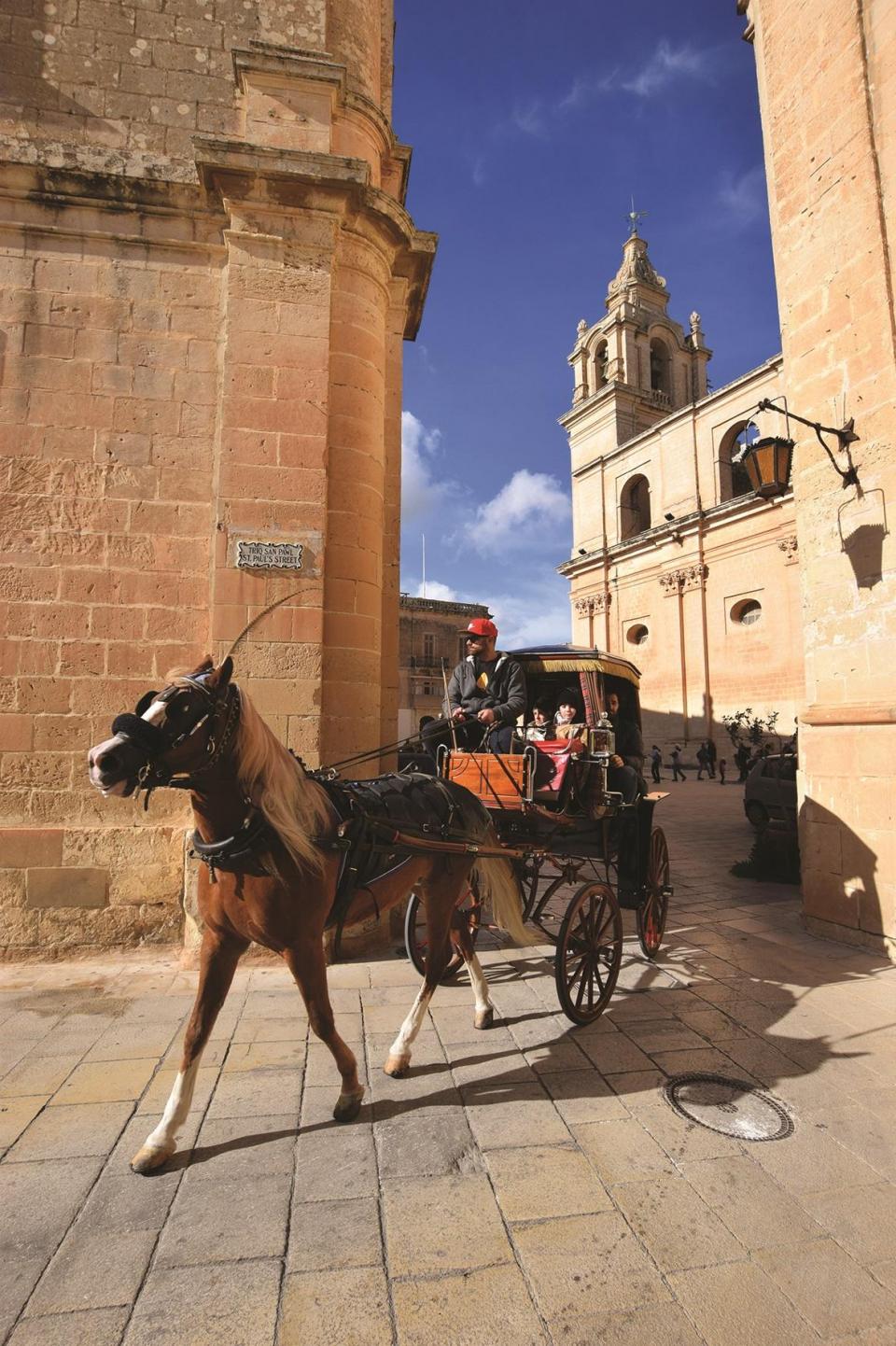 Although this photographic feature only takes a little glimpse at what Mdina has to offer its numerous guests, it is worth mentioning some other attractions like the Archbishop’s Palace (1722), the Herald’s Loggia and Bastion Square. On this square there is the former firing-platform from which breathtaking views over much of the island are guaranteed, especially when visibility is good.

At the western end of the walled city, one finds Greeks’ Gate, Greeks’ Gate Square, St Nicholas chapel (1550, rebuilt 1692) and Gatto-Murina Palace built in the 1300s.

Leander Thomas is a photographer and school librarian at De La Salle College.