In the lush green fields of Egypt’s fertile Delta Valley, farmers and artisans are struggling to make a living as they keep alive the Pharaonic-era tradition of making papyrus.

In the 1970s, an art teacher in the village of Al-Qaramus taught farmers the millennia-old techniques for transforming the plant into sought-after paper decorated with ornate drawings and text.

The village and its surrounds, located about 80 kilometres northeast of Cairo, now make up the largest hub of papyrus production in the country, experts in the sector say. 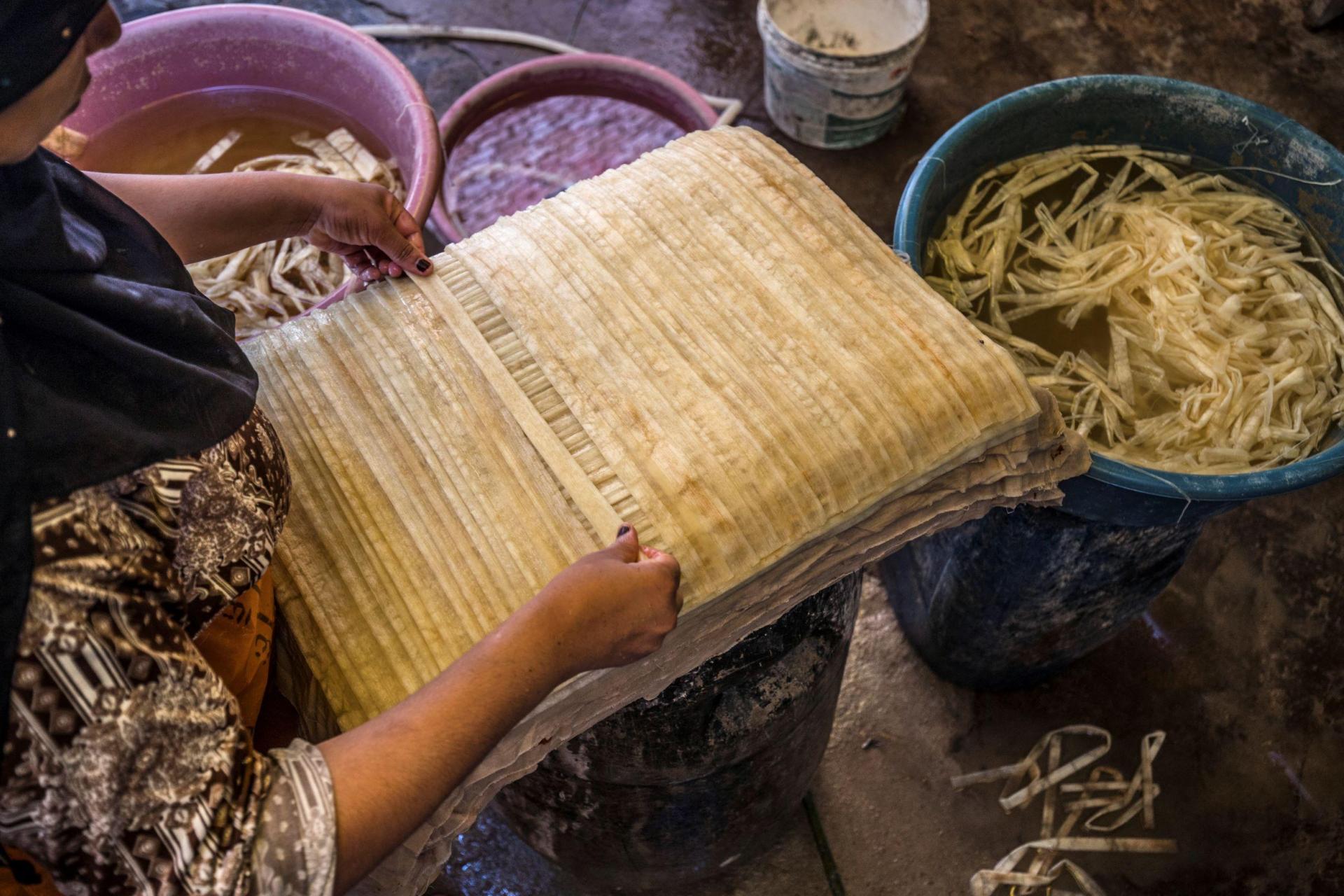 A woman lays out soaked thin strips of papyrus to form a sheet, before compression and drying at the workshop in the village of al-Qaramous in Sharqiyah province.

Once used by ancient Egyptians as writing paper, local artists now decorate the papyrus with hieroglyphics, Arabic calligraphy and representations from antiquity and nature to create souvenirs for eager visitors.

But tourism in the North African country has taken a battering since its 2011 revolution, and after a Russian airliner was downed by the Islamic State group in 2015.

The COVID-19 pandemic has further debilitated the sector:

Egypt earned just $4 billion in tourist revenues last year, a quarter of what it had anticipated before the global health crisis.

Today, Al-Qaramus has 25 farms trying to make ends meet by selling papyrus, compared to around 500 prior to the revolution, according to farmer and artist Said Tarakhan.

In the lush green fields of Egypt’s fertile Delta Valley, farmers and artisans in the village of Al-Qaramus are struggling to make a living as they keep alive the Pharaonic-era tradition of making papyrus paper. Video: Mohamed Abouelenen/AFPTV/AFP

“I lost about 80 per cent of my total income – I used to earn nearly $1,000 a month and now it’s almost zero,” the 60-year-old told AFP as he showed off his replica Tutankhamun paintings.

The papyrus plant, with its fan-shaped foliage, grows in water and can reach four metres in height.

Its form has served as inspiration for decorating the columns of ancient Egyptian temples.

To make paper, workers use wire to cut the stems into thin strips, which are immersed in water and then layered on top of each other to create sheets. 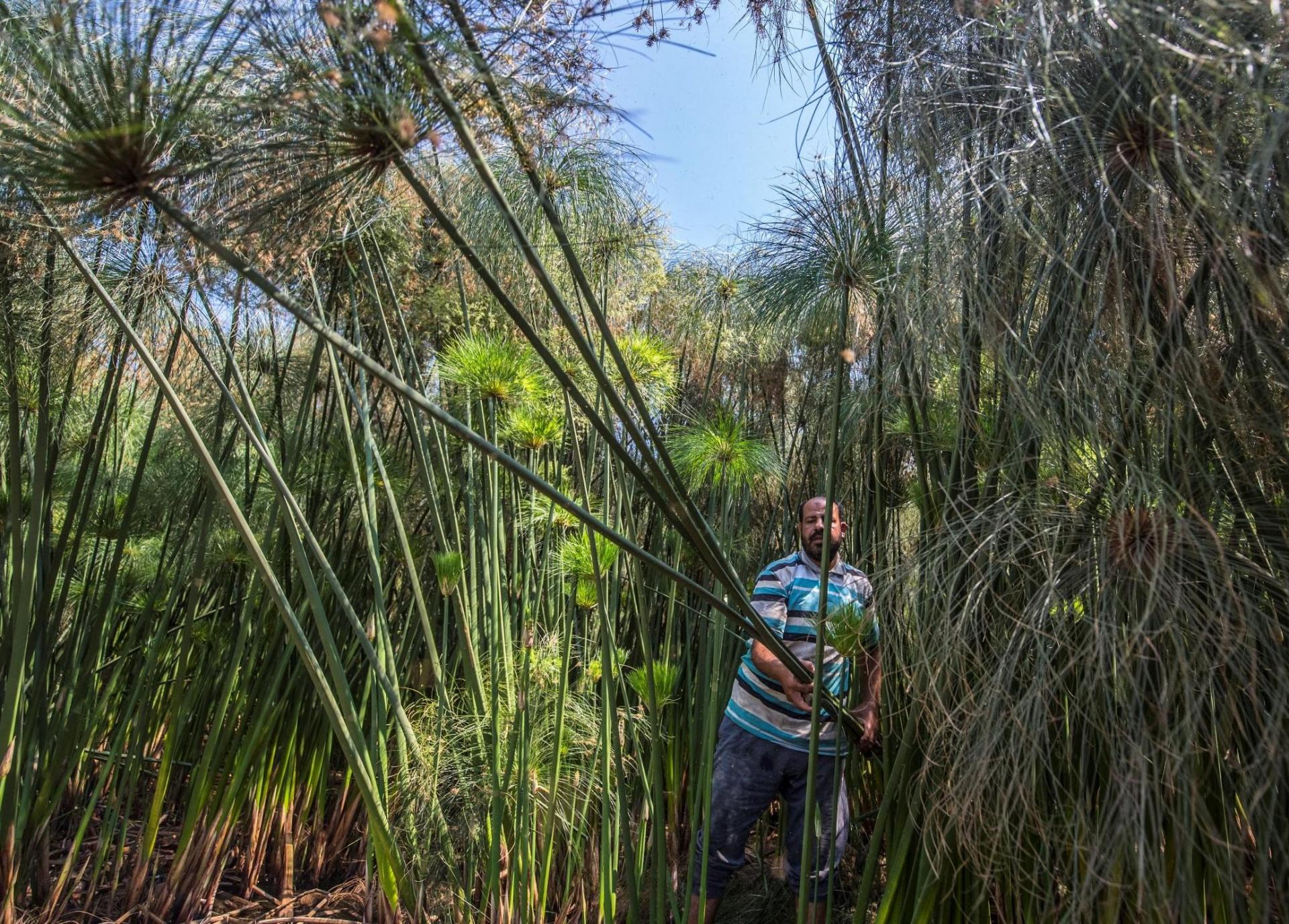 The sheets are placed into a compressor to compact them, and the resulting paper is left to dry in the sun before being decorated with writing or colourful designs.

Papyrus workshop owner Abdel Mobdi Mussalam, 48, said his staff has dwindled from eight a decade ago to just two.

“Papyrus is our only source of income. It’s what feeds me and my children,” he told AFP.

Tarakhan said he was trying to branch out into other papyrus products such as notebooks and sketchbooks.

A few months ago, his son Mohammed launched an online store to sell their new range.

“At first, we were just selling locally to those who came to us, but after COVID, we thought that we could reach more people, and even foreigners, through the internet,” the 30-year-old said.

“We are trying to think differently so that we can carry on,” said the elder Tarakhan, who in 2014 founded a local association for papyrus craftspeople. 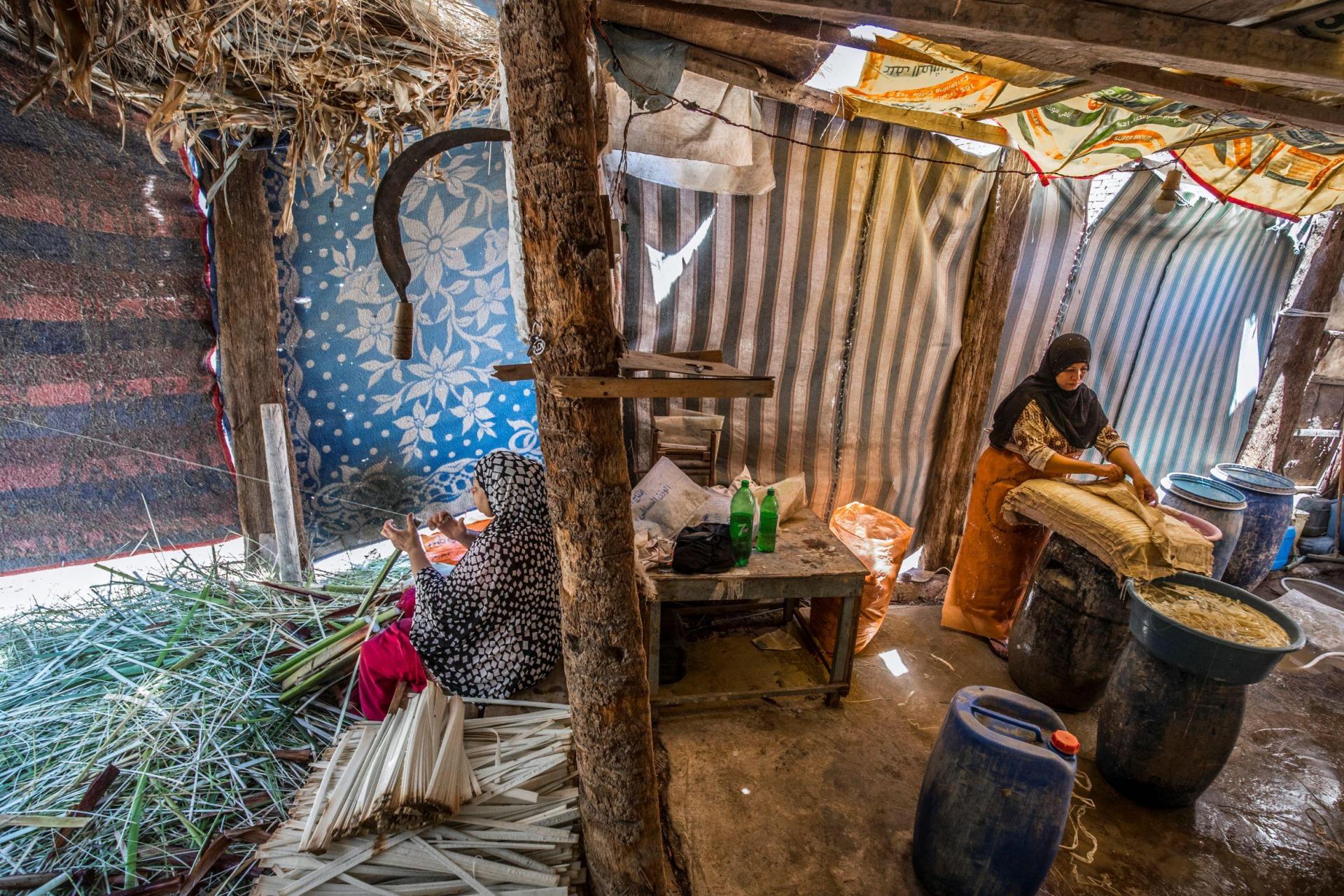 A woman (left) uses a thread to slice papyrus into thin strips which are soaked then laid out to form a sheet, before compression and drying at the workshop.

“I thank COVID-19 for locking us in our homes and forcing us to improve our business model.”

Near the famous Giza Pyramids around 100 kilometres away, Ashraf al-Sarawi displays papyrus paintings in his large shop, devoid of tourists.

He said he lost most of his income last year due to the pandemic but expressed hope that tourism would pick up soon.

“Tourism never dies,” the 48-year-old said. “It may get sick for a while, but it will return.”

TMIS Editorial: Cannabis law must go back to the drawing board – www.independent.com.mt