Djibouti’s hidden rock art offers window to the past – timesofmalta.com


From a distance, the black cliffs appear featureless, scorched by a blazing desert sun. But up close, the basalt reveals engravings of giraffe, ostrich and antelope made 7,000 years ago.

These masterful works, etched onto stone in northern Djibouti, are among the most important examples of rock art in the Horn of Africa, a region rich in archaeological heritage and the birthplace of humanity.

But these centuries-old images, rendered by flint onto igneous rock, also offer a valuable record of a bygone era – and a land drastically reshaped by millennia of climate change.

The wildlife illustrated are still found today on Africa’s plains and grasslands, but not in Djibouti, a harsh desert landscape where water and greenery have been scarce for thousands of years.

“Today, Abourma is something of a cemetery because we don’t have these animals here anymore. At the time, they roamed here because Djibouti was covered in forest,” said Omar Mohamed Kamil, a young tour guide who takes visitors to Abourma.

“In Abourma… we are a little removed from civilisation. We are in the prehistory, we are living in prehistory.”

This treasure trove lies a six-hour drive away from the capital, Djibouti City, then a further one hour on foot over a craggy expanse of boulders.

It would be all-but impossible to find were it not for Ibrahim Dabale Loubak, a camel breeder and Abourma’s custodian, who claims to “know every stone, every nook and cranny” of this rocky massif.

The 41-year-old is from the Afar community, a historically nomadic people who wandered the arid fringes of Djibouti, Eritrea and Ethiopia, and have known about the carvings for generations.

Despite this local wisdom – and roughly 70 centuries of existence – Abourma was not visited by archaeologists until 2005.It was Loubak who guided the first French team to the site, trailed by a caravan of camels bringing food, sleeping quarters, and other essential equipment including a generator for the remote investigation. 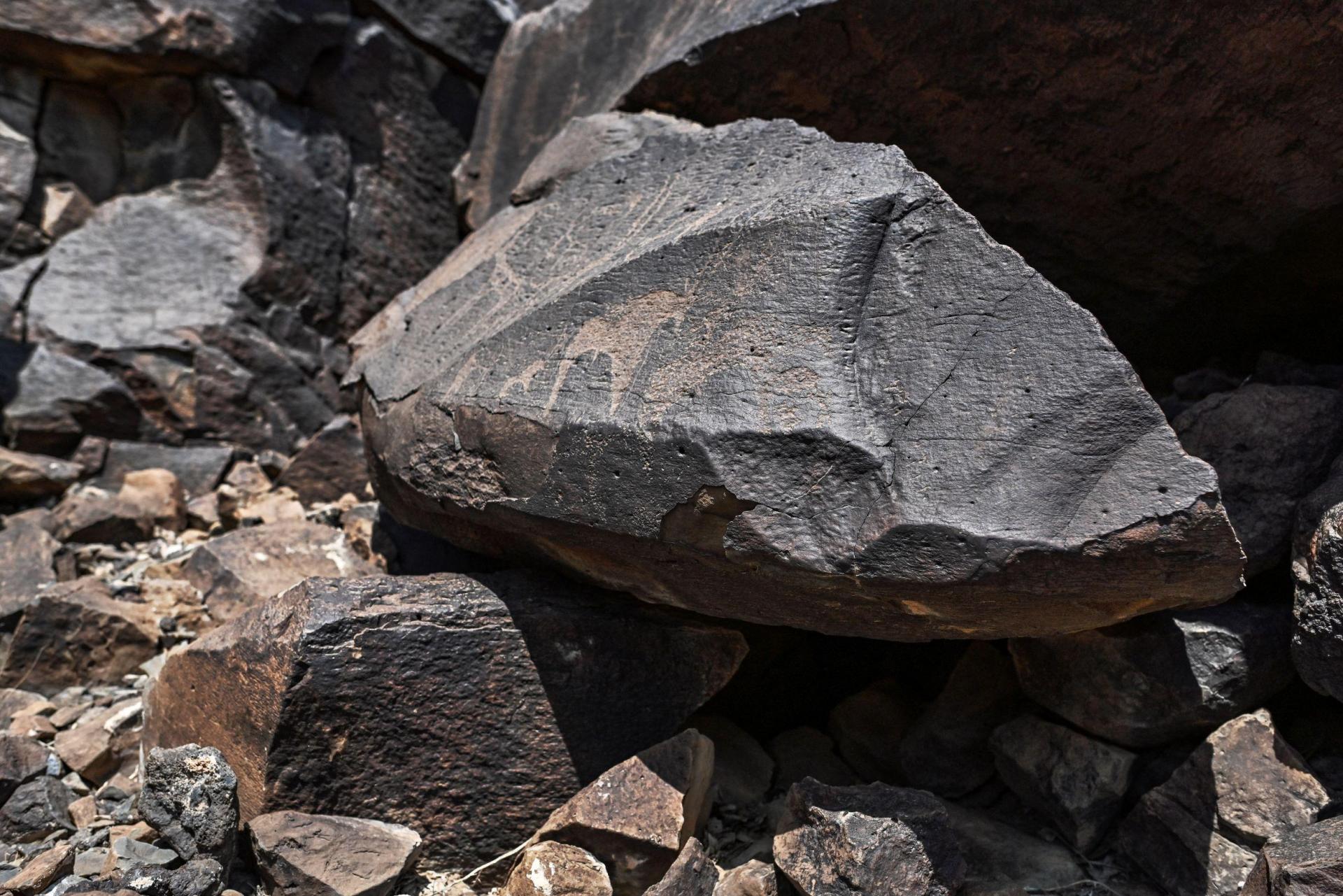 Ancient depictions of wildlife and other cultural practices, characteristic of the time.

Archaeologist Benoit Poisblaud, who was part of the team, still evokes with wonder the “extraordinary site”, not found anywhere else in the region that he studied as a 25-year-old researcher.

“Abourma is a continuity, over several millennia, of passages, engravings, made by very different people: hunters, pastoralists, and those after… Thousands upon thousands of representations,” he said.

The oldest carvings predate the birth of Christ by 5,000 years, while newer examples were painted around two millenia ago, he said.

Africa boasts a wealth of archaeological sites, but few, especially rock art, have been fully studied, said Emmanuel Ndiema, head of archaeology at the National Museums of Kenya in Nairobi.

“Up to now, as we speak, we still get reports about sites here in Kenya, not even elsewhere,” he said, estimating that just 10-20 per cent of archaeological troves in sub-Saharan Africa had been properly researched.

This risks the universal value and preservation of these finds, experts say, which if nurtured could in time attract tourists and history buffs, generating much-needed government revenue. 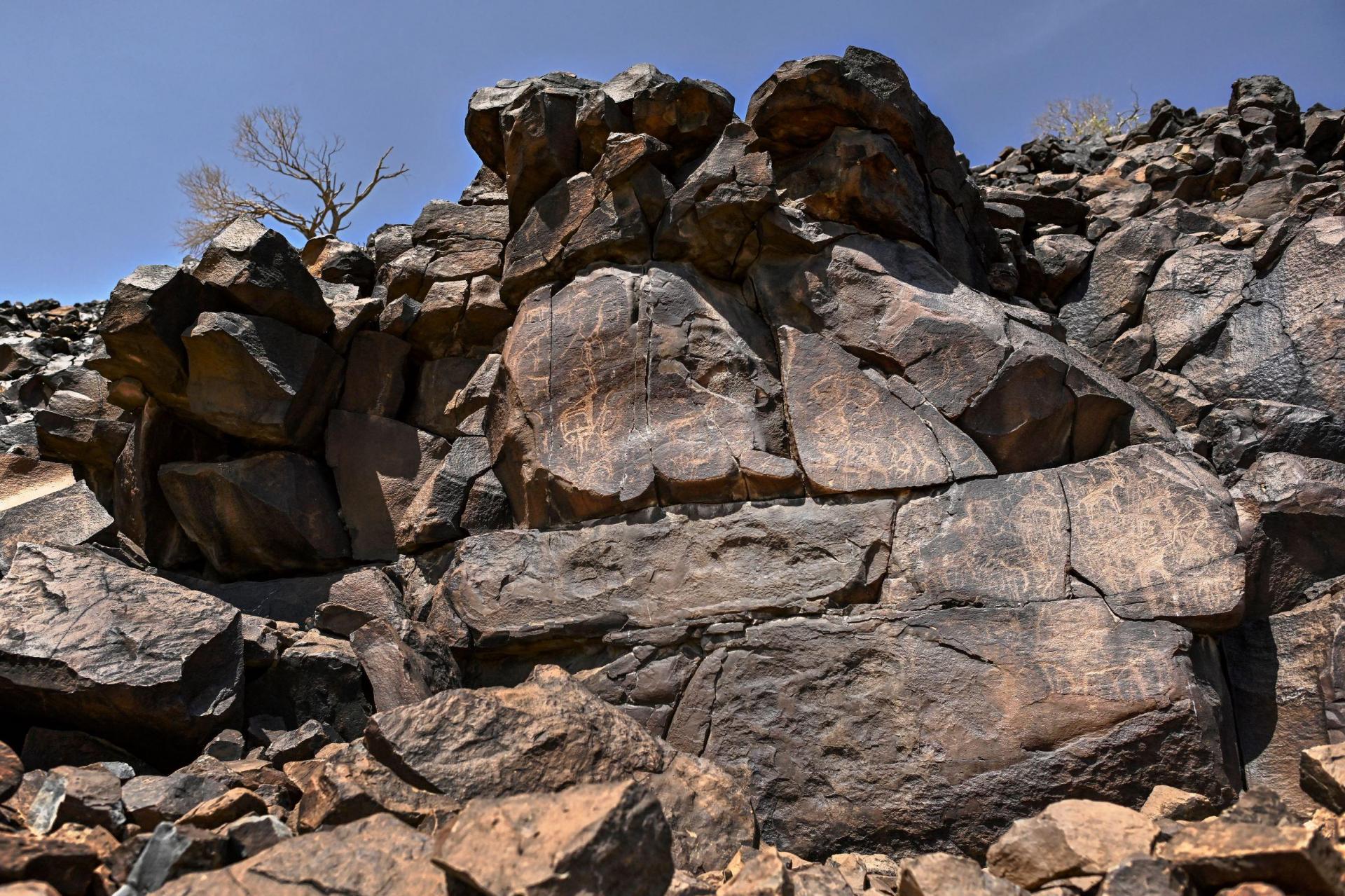 Other ancient depictions of wildlife and other cultural practices.

However, greater visibility comes with its own potential cost for heritage.

Abourma, for example, receives so few visitors there are no fences, barricades or rules or any kind for those who make the journey to this vast, hidden-away expanse.

Loubak, however, is not too worried about threats to these millennia-old artworks, with eyes everywhere reporting the slightest disturbances or outsider presence.

“Nobody can come here without my knowledge,” he said.