War crimes and crimes against humanity have been committed in Libya since 2016, a United Nations investigation revealed on Monday.

The Independent Fact-Finding Mission on Libya, commissioned by the UN Human Rights Council, said migrants and detainees were particularly exposed to violations.

“There are reasonable grounds to believe that war crimes have been committed in Libya, while violence perpetrated in prisons and against migrants there may amount to crimes against humanity,” the mission said in a statement.

The unrest in the North African country has had a dramatic impact on Libyans’ economic, social and cultural rights, as borne by attacks on hospitals and schools.

“All parties to the conflicts, including third states, foreign fighters and mercenaries, have violated international humanitarian law, in particular the principles of proportionality and distinction, and some have also committed war crimes,” said Mohamed Auajjar, who chaired the three-person mission.

The mission said it had identified individuals and groups — both Libyan and foreign — who may bear responsibility for the violations, abuses and crimes.

However, it said the list would remain confidential until it could be shared with appropriate accountability mechanisms.

Though the Libyan judicial authorities are investigating most of the cases documented in the report, the process “faces significant challenges”, the experts said.

What the experts did

In June 2020, the Human Rights Council — the UN’s top rights body — adopted a resolution calling for a fact-finding mission to be sent to Libya. The move had Tripoli’s support. 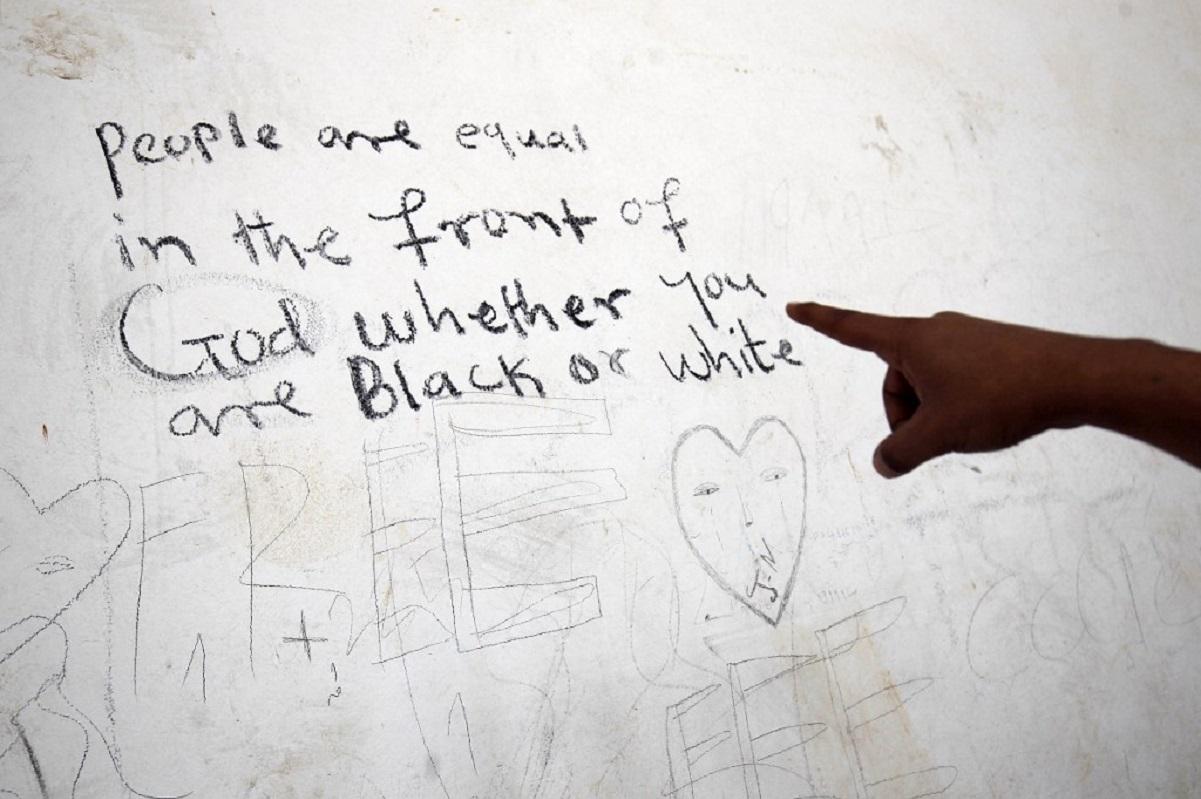 A migrant shows writings on a wall as he waits at the Qanfouda detention centre, in the southern outskitrs of Benghazi. Photo: AFP

They gathered and reviewed hundreds of documents, interviewed more than 150 individuals and conducted investigations in Libya, Tunisia and Italy.

Their report documents the recruitment and direct participation of children in hostilities, plus the enforced disappearance and extrajudicial killings of prominent women.

Oil-rich Libya has been torn by conflict since the 2011 toppling and killing of dictator Moamer Kadhafi in a NATO-backed uprising, with rival administrations vying for power.

The experts said anti-personnel mines left by mercenaries in residential areas have killed and maimed civilians.

Meanwhile migrants seeking passage across the Mediterranean Sea to Europe are subjected to a litany of abuses in detention centres and at the hands of traffickers, said Beyani.

Violations are committed “on a widespread scale” by state and non-state actors, “with a high level of organisation and with the encouragement of the state — all of which is suggestive of crimes against humanity,” the Zambian expert said.

Pharmacies opening today between 9am and noon – www.independent.com.mt