‘Big John’, 66-million-years old and the largest triceratops skeleton ever unearthed at eight metres long, was sold at auction to a US collector on Thursday for a gargantuan 6.6 million euros.

The final price reached at the Drouot auction house in Paris – €5.5 million before fees – was well above the expected €1.2 to €1.5million sale price.

Big John’s skeleton is 60 per cent complete and was unearthed in South Dakota in the United States in 2014 and put together by specialists in Italy.

He will now return to the United States and the private collection of the unnamed buyer, whom the auction house said had fallen “in love” with Big John after coming to view him.

The buyer beat 10 other bidders, with three, in particular, driving up the price in the final minutes.

“I wasn’t expecting this,” added palaeontologist Iacopo Briano who oversaw the sale.

Big John lived during the Upper Cretaceous period, the final era of dinosaurs, and died in a floodplain, buried in mud that kept him well preserved.

A horn injury near his cranium suggests he got into at least one nasty fight. 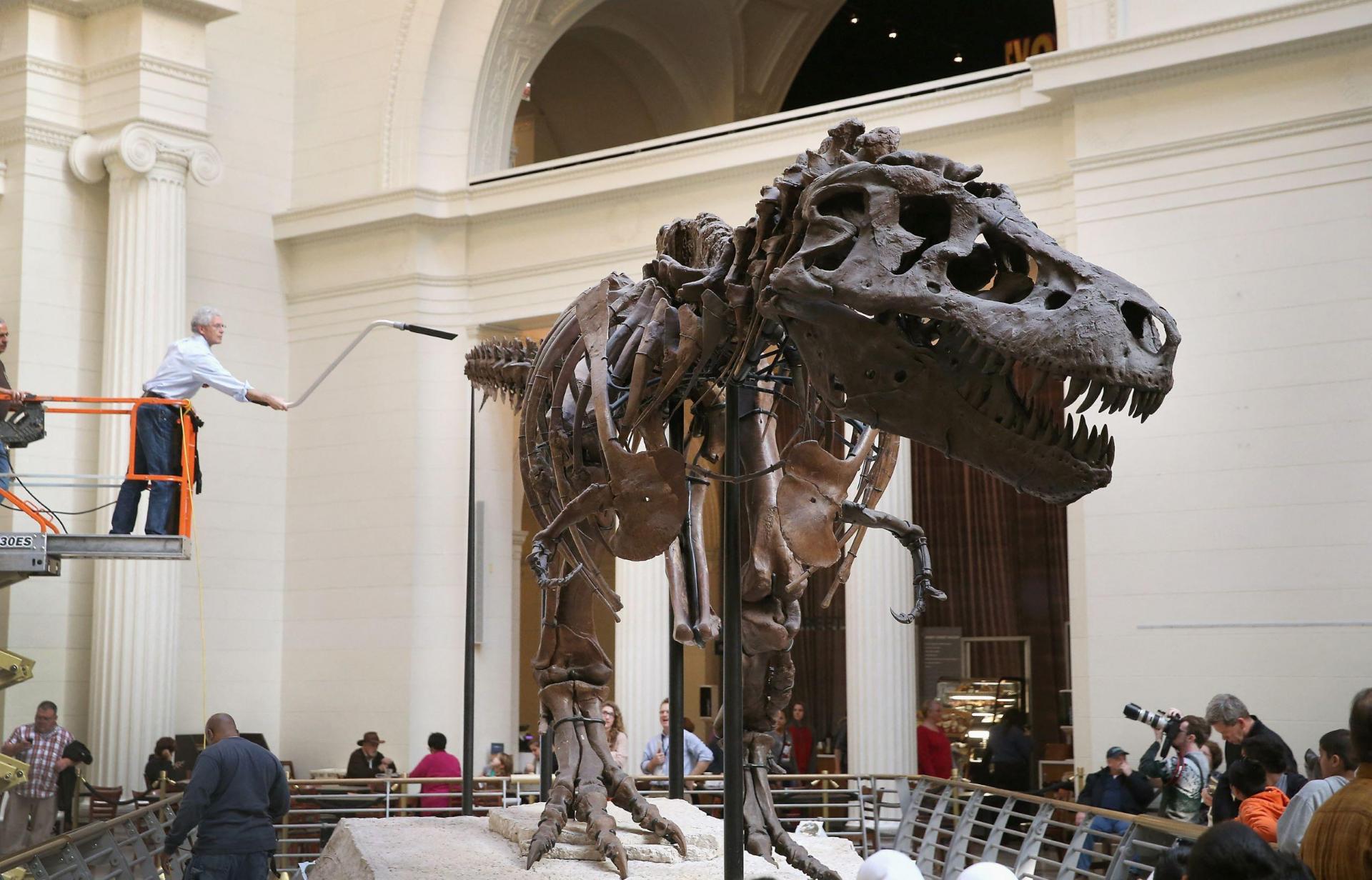 Sue, a 67-million-year-old Tyrannosaurus Rex, on display and being cleaned at the Field Museum in Chicago, Illinois. Photo: Scott Olson/Getty Images North America/Getty Images via AFP

The sale was a European record, but still far off the $31.8 million paid last year for a 67-million-year-old Tyrannosaurus rex skeleton in New York.

It was clear from the start that museums would be priced out of Wednesday’s auction.

“We can’t compete,” said Francis Duranthon, director of the Toulouse Museum of Natural History, adding that the initial price estimate alone amounted to 20 to 25 years of his acquisitions budget

The auction house said there is a chance that the buyer may lend Big John to a museum or gallery to go on public display, but his intentions are not yet clear.

Scientists who analysed his bones before the auction found that his cranium – which is 70 per cent complete – is five to 10 per cent bigger than other discovered triceratop skeletons.

The triceratops is among the most distinctive of dinosaurs due to the three horns on its head – one at the nose and two on the forehead – that give the dinosaur its Latin name.

Drouot has previously sold an allosaurus and a diplodocus each worth €1.4 million in 2018.

Dinosaur sales can be unpredictable: in 2020, several specimens offered in Paris found no takers with minimum prices not reached.

Others are concerned that important finds will end up adorning the private mansions of the ultra-rich rather than museum halls. 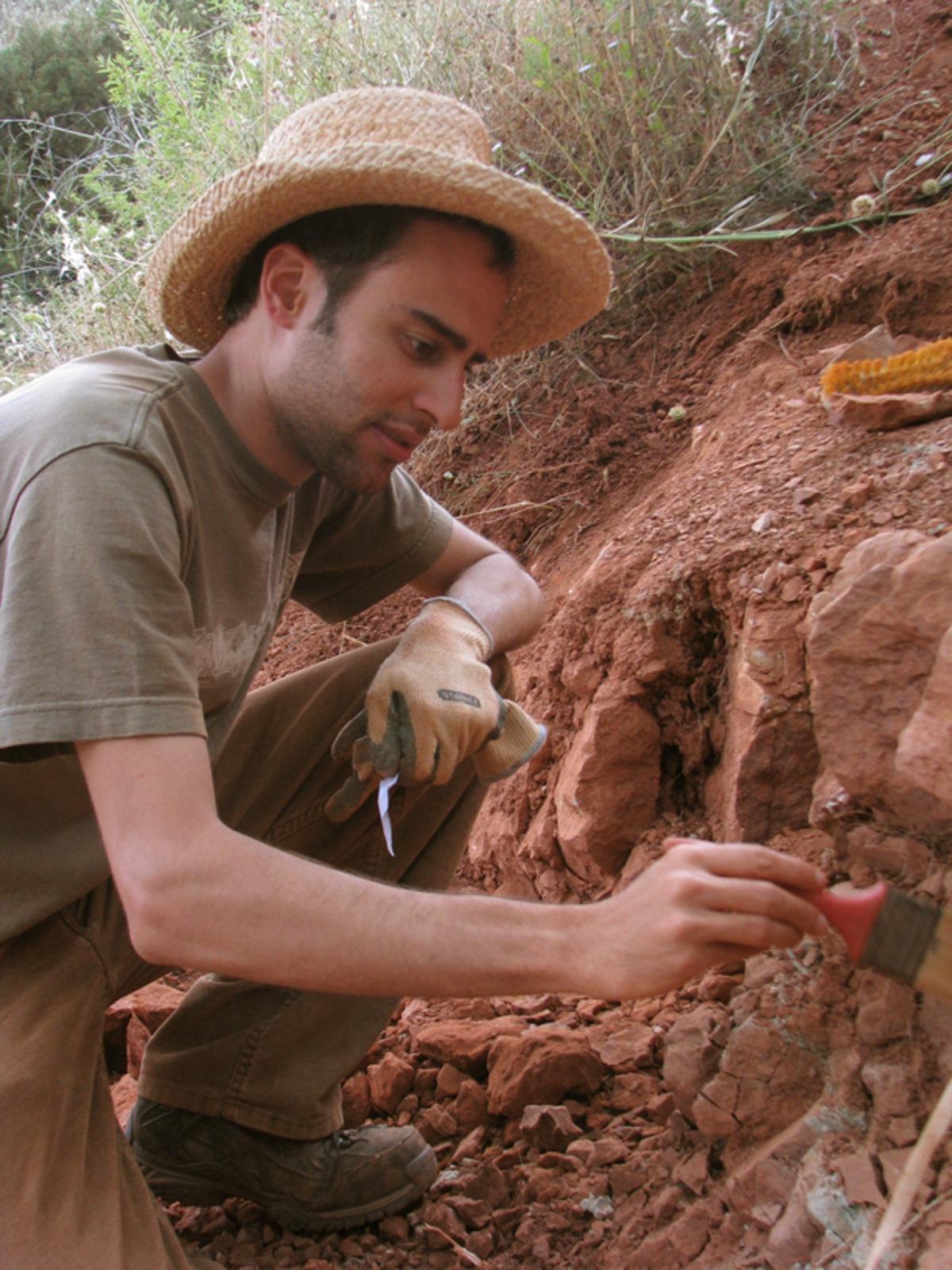 Steve Brusatte, the author of ‘The Rise and Fall of the Dinosaurs’. Photo: Wikipedia

“Dinosaur fossils belong in museums,” said Steve Brusatte, a consultant on the forthcoming Jurassic World movie and author of The Rise and Fall of the Dinosaurs.

He remembers being a teenager and seeing the fossil that would inspire him to go into palaeontology – the T. Rex skeleton Sue at the Field Museum in Chicago.

“It awed me and standing under it, it gave me a new perspective on the ancient world,” he told AFP.

Sue was sold at auction in 1997, and Chicago’s Field Museum was able to raise over $8 million to purchase it.

“A single wealthy person could have bought it, brought it home and it would never have been put on display for the public, to inspire me and countless other children,” said Brusatte.

Georgia ex-leader goes on trial, says he was ‘tortured’ in jail  – timesofmalta.com