Kalkara residents are strongly opposing a proposal to build 10 fully detached villas instead of a cluster of derelict agricultural rooms on an ODZ zone close to Smart City – equivalent to the size of three football pitches.

The imposing corner project, abutting Triq Santu Rokku, Sqaq Tewma and Triq Joseph Calleia, is located outside the development zone, in an area of ecological importance due to its proximity to Rinella valley.

The development, covered by PA5037/21, is being proposed by Duncan Deguara Attard and was presented to the PA as “the reconstruction of existing dilapidated buildings… to be used as residential units”.

The developer admits in the public application that he is not the owner of the entire plot in question but has permission from the owners to apply for the permit.

The plans submitted to the PA so far do not include swimming pools for the cluster of villas but may be added at a later stage once the outline development is approved since pools in ODZ areas are permissible.

The plans include proposals for soft landscaping, including rows of Aleppo, judas, Italian cypress, myrtle and olive trees.

According to residents, the site contains a large number of freshwater rock pools on garigue land that are home to the endemic frog and the tadpole shrimp Triops cancriformis, the oldest living species known.

The area also hosts a shallow depression full of almond trees and a small cave as well as protected carob trees.

They claim the existing buildings were never residential but were used for agricultural reasons and for the rearing of animals.

Apart from residents and environmentalists, the proposal also found strong objections from the Superintendence of Cultural Heritage.

The site contains a pillbox dating back to the British period, which is scheduled at Grade 2 by the Planning Authority.

In its objections filed with the PA, the superintendence expressed grave concern at the proposed intensification of development and formalisation of this cultural landscape, which is marked by the presence of significant military and historical structures. 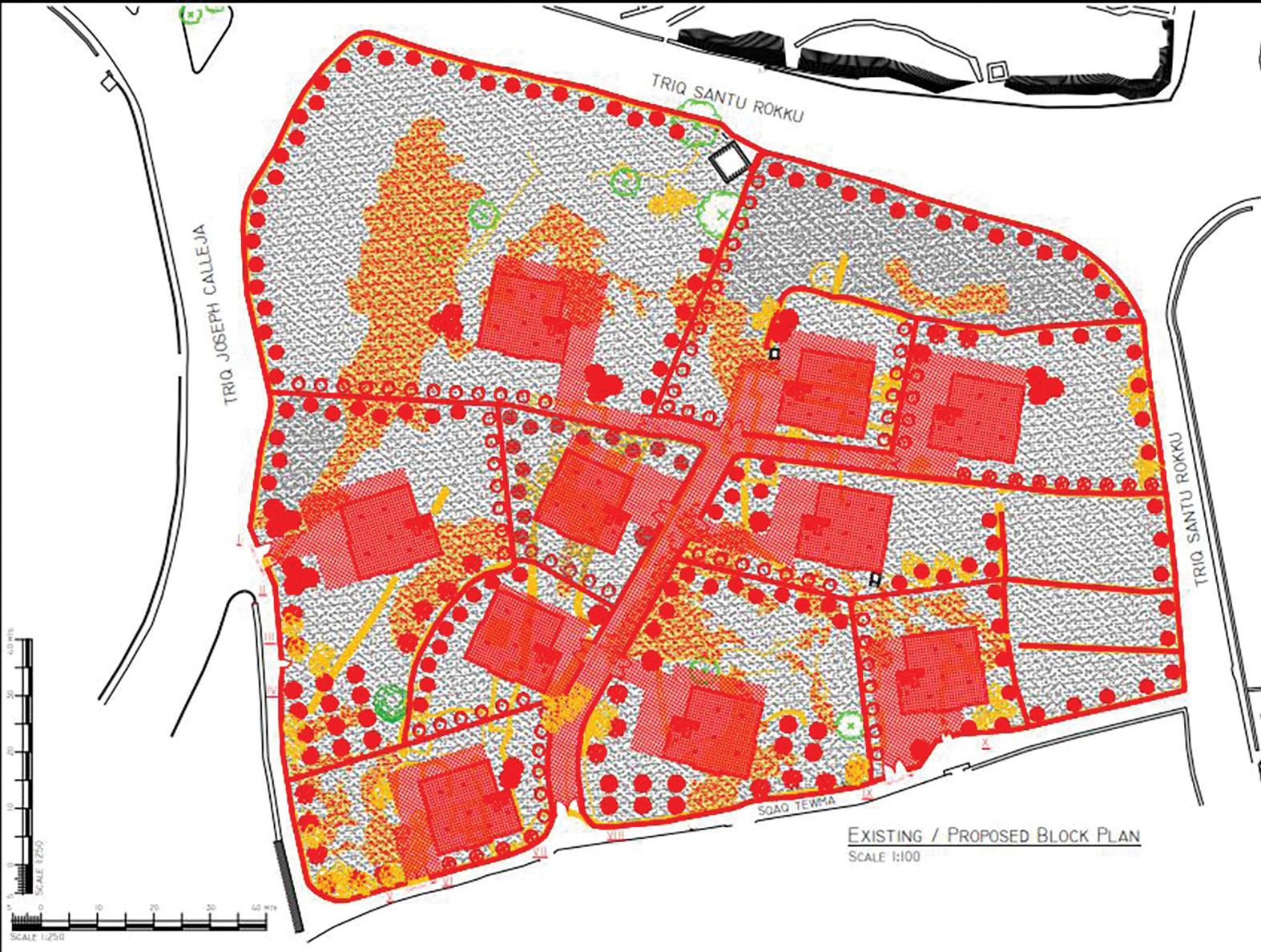 Plans submitted by the architect of the proposed 10-villa complex.

“The proposed development is totally objectionable in principle due to detrimental impact this would have on this culturally and ecologically significant environment as well as the values of the Grade 2 buildings,” it added.

The PA’s design advisory committee decided in its last meeting it could not express an opinion on the application before first receiving photomontages taken from different angles, including aerial shots, showing the proposal in context. It also demanded a photo survey showing the existing dilapidated buildings.

Some parents place pressure on insurance companies for their children to be allowed to drive fast cars – www.tvm.com.mt